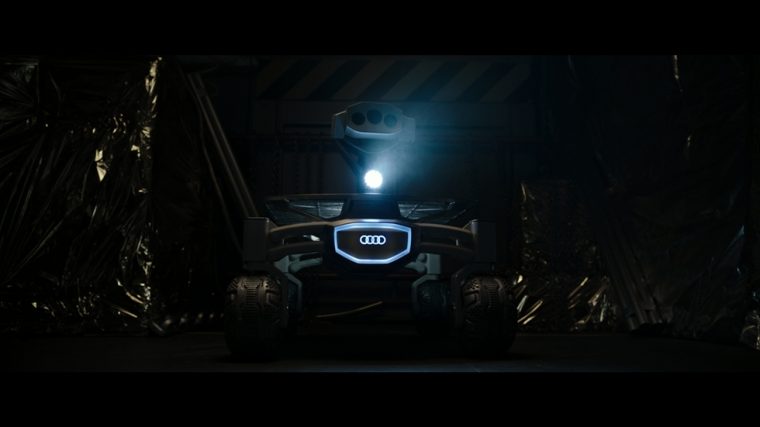 Audi vehicles are the pinnacle of luxury, and as such they have a fair amount of starring roles in movies and on television. However, Audi’s latest film role will not be going to a model that can be found on dealership lots, or even in classic car museums. The brand’s latest star is quite literally out of this world.

Of This World: Check out the 2018 Audi Coupe

You might have heard a bit about a small indie movie called Alien: Covenant that is ready to make its debut on May 19th. Since the film takes place in space,  an average Audi car wouldn’t be very practical so the automaker sent its Moonrover Audi lunar quattro vehicle. The vehicle’s main scene is reportedly in the main ship’s Terraforming Bay. When everything starts to go wrong for the space crew (as it always does in these types of movies), the Moonrover Audi lunar quattro is sent into the lab to take a look at what is going on. There is no word if the Moonrover will survive the encounter, but it is ready to give its all for its very first film role. If there were Academy Awards for vehicle performances, we’re sure that the Moonrover would be practicing its acceptance speech in its trailer.

The Moonrover Audi lunar quattro vehicle may be a movie star now, but it was actually built to conquer the Moon by the team of Part-Time Scientists and Audi. If this mighty robot makes it to space, at least it will have some alien-fighting skills under its belt to take on any monsters that may be hiding in lunar craters.