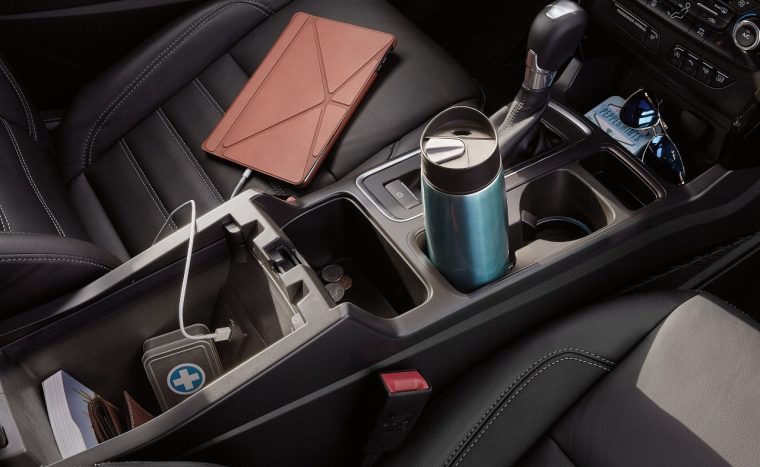 Earlier this year, Ford shocked the world when it revealed that the new 2017 Fusion would be offered with new cup holders. There were skeptics, to be sure, as well as those who simply did not believe that Ford could apply its free-wheeling, cup-holder-changing philosophy to other vehicles in its lineup.

According to Ford, the new Escape—which is arriving at dealerships as you read this—has 25% more front row storage and 15% more storage room than the 2016 Escape overall. Ford senior interior designer’s got something clever to say about it. Here is that clever thing:

Hear that? That’s the rest of the automotive industry being put on notice.

“It isn’t a lot of space to work with, but as a designer, those constraints are exciting. It’s a challenge that forces you to be more creative—to ask yourself, ‘OK, how can we get clever with this?’”

These steps included replacing the standard parking brake with a button, allowing the team to move the gear shifter back and creating more storage for everyday items, USB ports for easy smartphone charging, greater comfort for a driver’s right arm, and, yes, bigger cup holders.

Nothing will ever be the same again. The 2017 Ford Escape has changed the game for the better.