GM sales were only down by 1.3% last year, although some of the automaker's brands performed better than others

With talks of electric and autonomous innovations and new additions to the truck and SUV segments, General Motors seems to be covering all of the automotive bases right now. Yet not even GM could escape the downward sales trend that most auto manufacturers faced during 2017.

Even so, GM exited 2017 relatively unscathed, with only a minor 1.3% sales decline.

Exploring the Past: History of Chevrolet 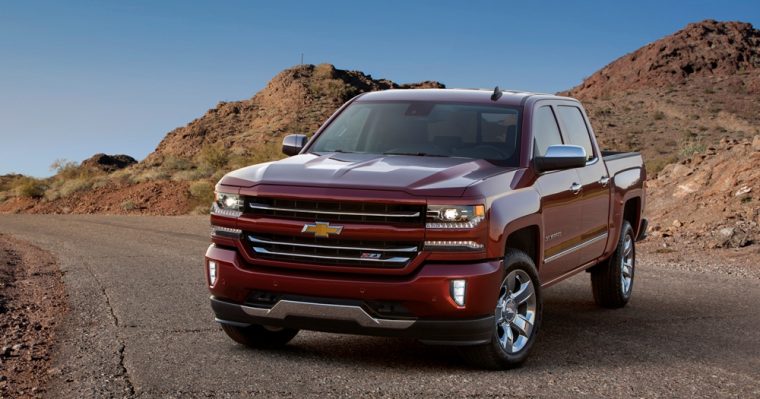 During 2017, Chevrolet outsold the other brands in GM’s lineup by a large margin, which isn’t surprising at all given its size and history. By the end of the year, GM sold a total of 2,065,883 Chevy vehicles, only a slight 1.5% sales decline.

In a market where pickup trucks are gaining traction, the Silverado experienced plenty of success. Although the Silverado hasn’t quite matched its Ford F-150 rival in terms of sales, Chevrolet still sold 585,864 units of the pickup model during 2017, a 1.9% sales increase compared to a year prior.

A refreshed Equinox also brought big sales to Chevrolet last year. 290,458 units of the Equinox were sold during 2017, a sales increase of 19.9%.

Chevrolet’s latest electric model, the Chevrolet Bolt EV, had a phenomenal sales year. By the end of 2017, Chevrolet sold 23,297 Bolts, far more than the 20,349 units of the Volt that it sold. 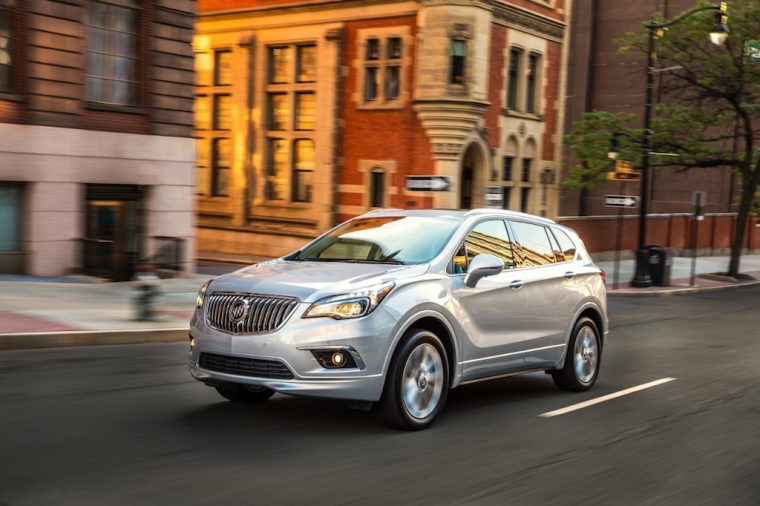 The Buick brand had a major goal in mind for 2017: increase profits by increasing retail sales and decreasing fleet sales. While the brand’s 2017 sales were down by 4.5% overall, its retail sales actually increased by 1.6%, making Buick’s mission a success.

Meanwhile, Buick’s SUVs experienced major sales increases during the same time period. Envision sales during 2017 came in at 41,040 units, while Buick only sold 14,193 Envision vehicles during 2016. 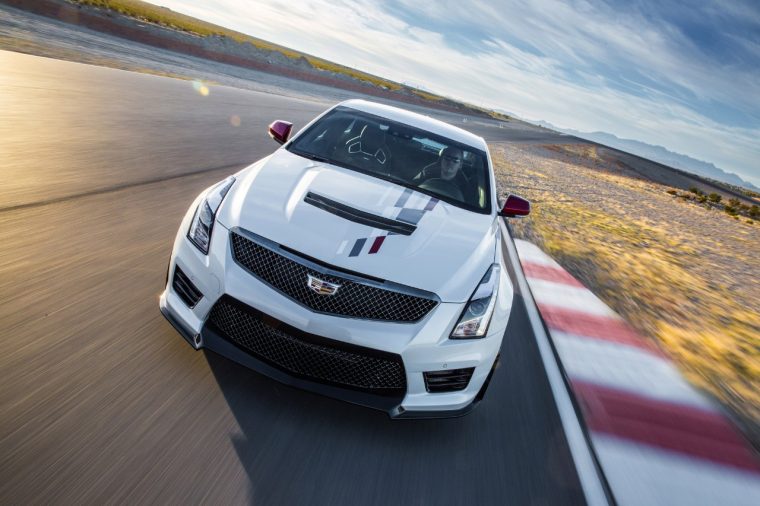 The GM brand with the most drastic sales losses for 2017 was Cadillac. Cadillac sales were down to 156,440 units last year, a loss of 8%.

Models like the ATS and CTS didn’t fare so well. CTS sales were down by 35%, while ATS sales decreased by 39.1%. 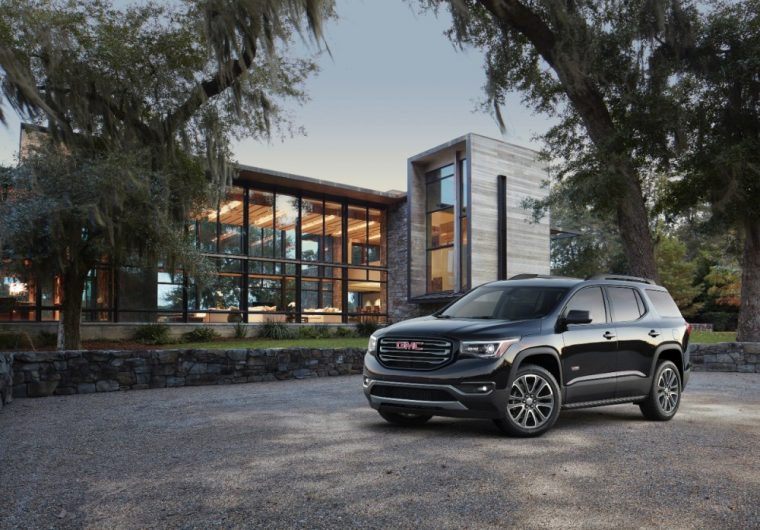 While a consumer shift away from sedans and toward SUVs and trucks hurt Cadillac, it evidently did wonders for GMC. Sales for the GMC brand were by by 2.6% for a total of 560,687 vehicles sold.

Despite the Silverado’s success in 2017, its cousin, the GMC Sierra, actually experienced sales losses. Though, with only a slight sales decrease of 1.7%, the losses experienced by the Sierra were certainly nothing too serious to fret over.

By the time 2017 drew to a close, GM sold a total of 3,002,241 new vehicles to customers across the country. Although this falls just short of the 3,042,775 vehicles GM sold during 2016, that period was a record year of sales for the automotive giant.

You can take a closer look at GM’s performance during the 2017 sales year in the chart below: 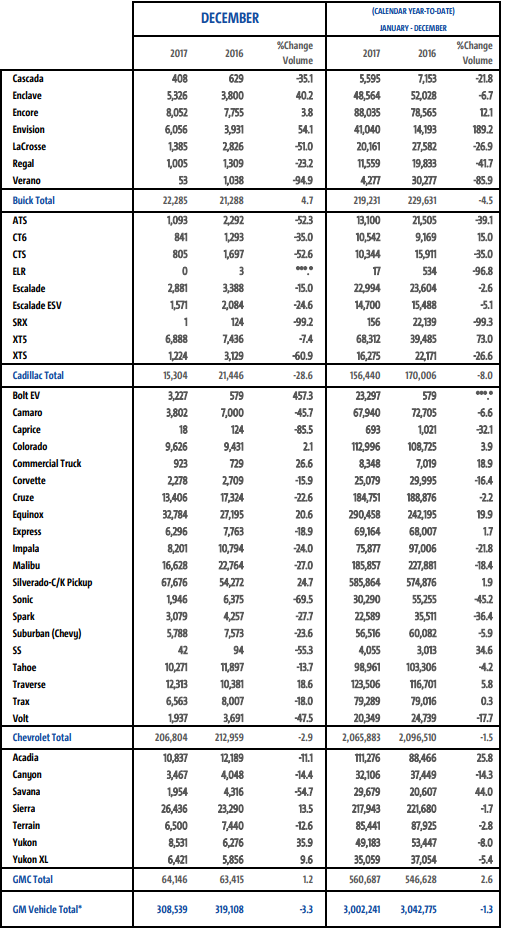