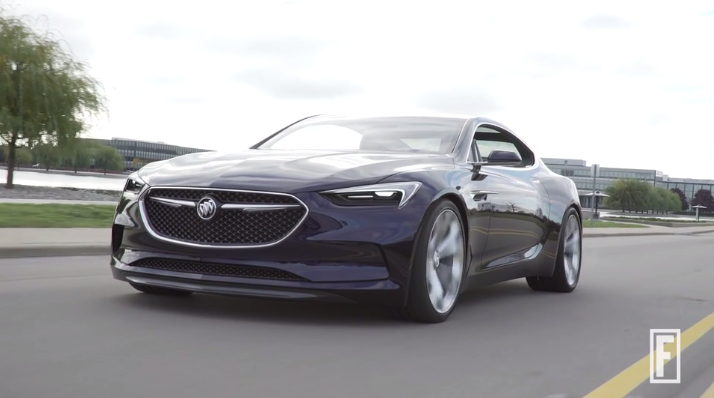 Each year, automakers display new concept cars at various car shows around the world, but very few of these vehicles have ever managed to garner as much attention as the Buick Avista Concept.

DIY Car Care: Use this step-by-step guide the next time you need to change your own tire

The Avista Concept made its public debut at the 2016 North American International Auto Show. Featuring an eye-catching 2+2 coupe design, the Avista is equipped with a three-dimensional mesh grille, a twin-turbo V6 rated at 400 horsepower, and uses GM’s Alpha platform, which also underpins the sixth-generation Chevy Camaro, as well as the Cadillac CTS and ATS.

Despite receiving enormous praise from both car enthusiasts and automotive publications, Buick’s Executive VP of Marketing, Tony DiSalle, told Wards Auto that a production version of the Avista was not in the company’s plans. While this news certainly let people down who were clamoring for a production model, a new video recently hit the web that might cheer those folks up.

Fortune magazine was recently granted a ride inside the Avista Concept, marking the first time that many people have ever seen the vehicle in motion. However, while the publication did compliment the Avista’s “powerful” engine, much of the video was actually spent focusing Buick’s recent string of success.

Earlier this year, Buick ranked first in JD Power’s 2016 SSI Study and every vehicle it sells in the US has also earned a five-star safety rating from the National Highway Traffic Safety Administration.

The video also contains a short interview with US Vice President of Buick-GMC Sales, Duncan Aldred, who sheds light on the reasons why Buick sales have continued to increase in China and in the United States. Nevertheless, the real star of the video is the Avista Concept, its flowing lines and sculpted exterior.

As previous mentioned, the Avista Concept made its debut at the 2016 Detroit Auto Show and the year before that, Buick brought the Avenir Concept to the Motor City. So, it should be interesting to see what the American automaker has in store for us at the 2017 North American International Auto Show.

Fuel For Thought: The NHTSA 5-Star safety rating program, what does it mean?

Video: Fortune Takes the Buick Avista for a Ride