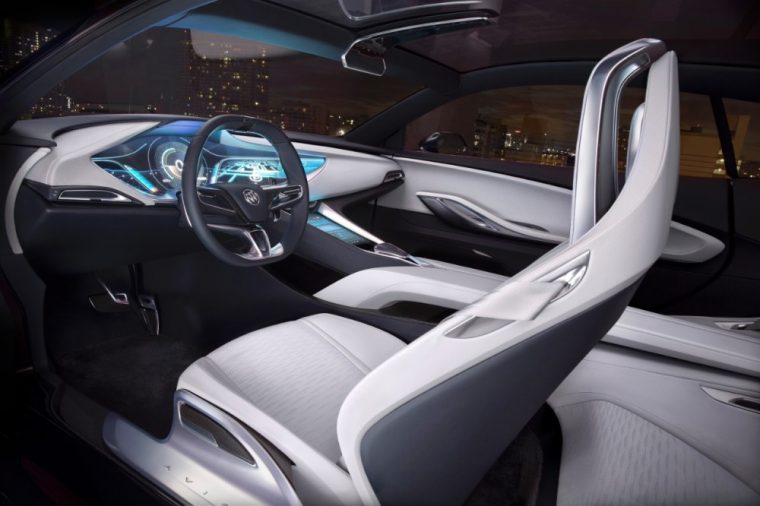 The interior of the Buick Avista Concept looks quite futuristic
Photo: © General Motors

The Buick Avista has won the Reader’s Choice award for Best Future Concept from The Detroit News.

Did You Know? The GMC EnlistMe Campaign raises funds for disabled veterans

“This award is special because this is the Motor City and it was decided by people who reside here – alongside many of the men and women who poured their hearts and souls into this concept,” says Nesbitt. “Because Avista represents the future essence of Buick design, an award decided by consumers is a great vote of confidence.”

One other very notable attendee of the award ceremony was Mike Duggan, who is Mayor of Detroit.

The Buick Avista is a smooth 2+2 coupe, which is equipped with a 400 horsepower twin-turbocharged 3.0-liter V6 engine. The Avista also comes with 20-inch aluminum wheels, a three-dimensional mesh grille with Buick’s new winged tri-shield insignia and 3D-printed door and seat trim.

Earlier this week, the Avista also earned the Award for Design Excellence for a Concept Car from EyesOn Design. This was the second straight year Buick picked up the prestigious design award, as the Avenir Concept also took home this award at last year’s North American International Auto Show.

Need More Buick? Check out this model overview of the 2016 Buick LaCrosse