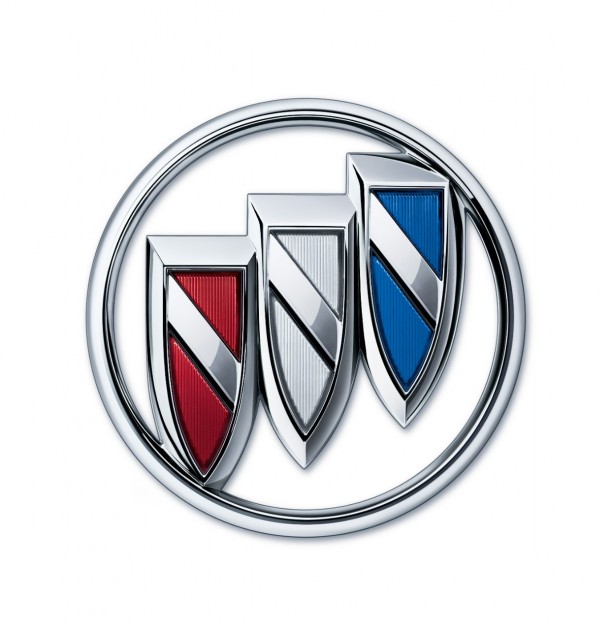 As the 2017 Buick LaCrosse revealed the new face of the entry-level luxury brand at the 2015 Los Angeles Auto Show, it did so with a new insignia that is both a callback to the brand’s heritage and an indication of its new direction.

The new LaCrosse bears a tri-shield badge that brings back the three-color look. The red, silver, and blue shield sits in the center of a new grille similar to that of the Buick Avenir Concept—which also had the tri-color tri-shield—giving it a pop of lively color.

Buick says that all of its vehicles will wear the new badge by 2018, at which point all models will likely be updated to feature to new aesthetic.

“The new tri-shield insignia represents the next chapter in Buick’s storied design history and introduces a new face for the brand,” said Duncan Aldred, vice president of Global Buick. “It’s a progressive, contemporary design reflective of Buick’s newest vehicles and cognitive of the brand’s heritage.”

The Buick tri-shield has been the company’s most prominent logo since 1960, when it featured on the grilles of the LeSabre, Electra, and Invicta. The colors were traded out for a uniform silver look between the 90s and 2000s.