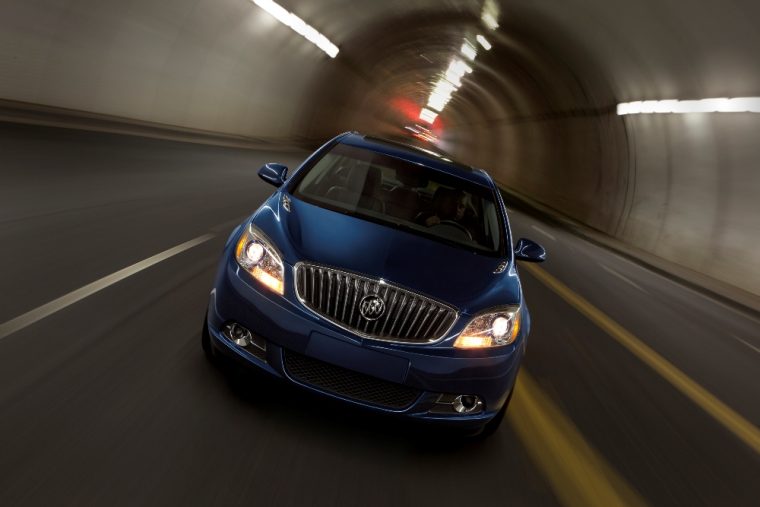 US consumers who were hoping to see a second-generation Verano will have to look elsewhere
Photo: © General Motors

Despite winning its fourth consecutive 5-Year Cost to Own Award from Kelley Blue Book, Buick has announced it will be discontinuing the Verano compact sedan following the 2017 model year.

Safe Driving: Use these tips to help determine when you should get new tires

Automotive News was the first to break this story, which follows a report from last month suggesting the Verano could be on its way out. Buick was able to sell 31,886 Veranos last year, which marked a 27% sales decrease. The Encore and Enclave crossovers accounted for more than 60% of all Buick sales in 2015. Furthermore, with the upcoming release of the new Envision midsize crossover, Buick expects more than 70% of its sales to come from crossovers.

“One of the underappreciated risks to the U.S. auto space is the emergence of the sedan recession, in which excess supply and weak demand for sedans is likely to yield added price pressures,” said Barclays analyst Brian Johnson.

The final Verano will be built at GM’s Lake Orion plant in Detroit, but the company doesn’t expect any job losses, as the new Chevrolet Bolt electric car is being built at the same facility.

Buick’s decision to cut the Verano from its lineup follows Fiat Chrysler’s decision to phase out both the Dodge Dart and Chrysler 200. Improved fuel economy and cheaper gas prices are thought to be two key reasons for the growing popularity of crossovers and the lower demand for sedans.

Buick has sold 10,624 Veranos this year through April, which is down 12% from the same time period a year ago.

Despite its impending removal from the US market, the Verano will continue to be offered in China.

Save Money: These helpful fuel economy tips could help reduce how much you pay at the pump