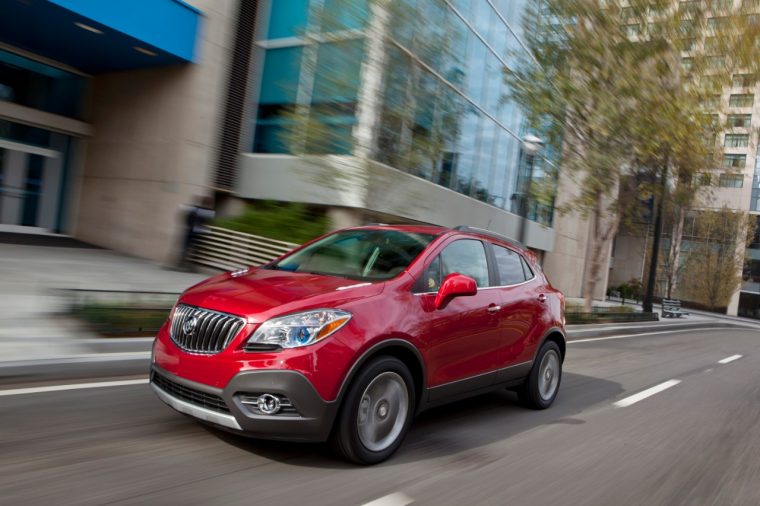 Buick’s retail sales in April totaled 16,331 units, up 13.3% from April of last year. That figure not only accounted for 92.2% of all deliveries for the month, but it also led the brand to its best retail sales for both April and the first four months of a year since 2005.

On the whole, April sales were down 2.8% at 17,720 units delivered. Once again, the Buick Encore delivered double-digit year-over-year gains, with sales totaling 6,589 in April and increasing 17.9% over April 2015. The Encore has now posted overall sales increases for 28 consecutive months. At retail, the Encore was up 39%.

The Buick Cascada, entering its second full month on the market, added 1,090 vehicles, bringing the total number sold since its launch to 2,487.

Through four months, Buick’s overall sales total 72,007 units, up 4.8% from its pace through April of last year.