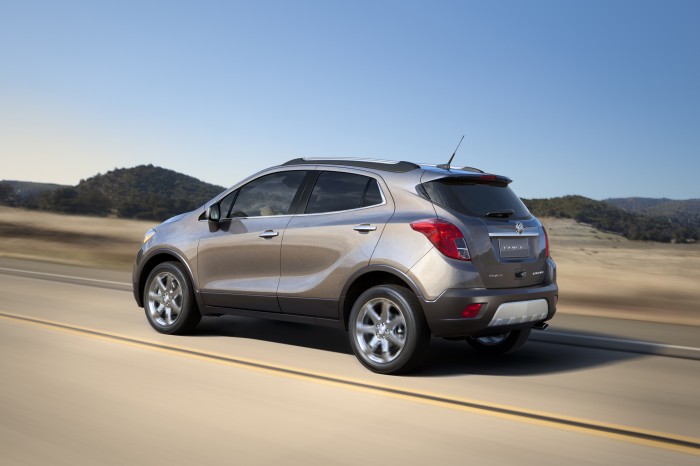 J.D. Power & Associates today announced the winners of the 2014 Initial Quality Study℠. The 2014 Buick Encore managed to nab the top spot (tied with the Kia Sportage and the Nissan Juke) in the small SUV segment.

This is the second year in a row that the Buick Encore has earned this honor.

“Our strong products continue our rapid growth in the market as customers discover all that Buick has to offer,” said Duncan Aldred, U.S. vice president, Buick and GMC. “The Encore receiving this recognition for a second year in a row shows Buick’s ongoing commitment to quality and customer satisfaction.”