For quite some time now, Buick has been working endlessly to appeal to a younger audience with complete redesigns of many vehicles and engaging commercials starring professional athletes and high profile models. At the 2016 Chicago Auto Show, the brand unveiled the stunning Avista concept car that had many jaws dropping and, not too long ago, it was announced that Buick would expand the popular Avenir concept into its own sub-brand.

To continue with the tradition of upgrading vehicles, Buick has introduced two new versions of the 2018 Buick Regal – the Sportback and the TourX. The Regal hasn’t gotten a facelift since the 2014 production model, which premiered at the 2013 New York Auto Show. Changes included a boost in performance, revised interior and exterior features, and many new safety systems. Similar changes have been made on the 2018 Regal Sportback, which is now technically considered a hatchback, rather than its previous spot as a sedan. 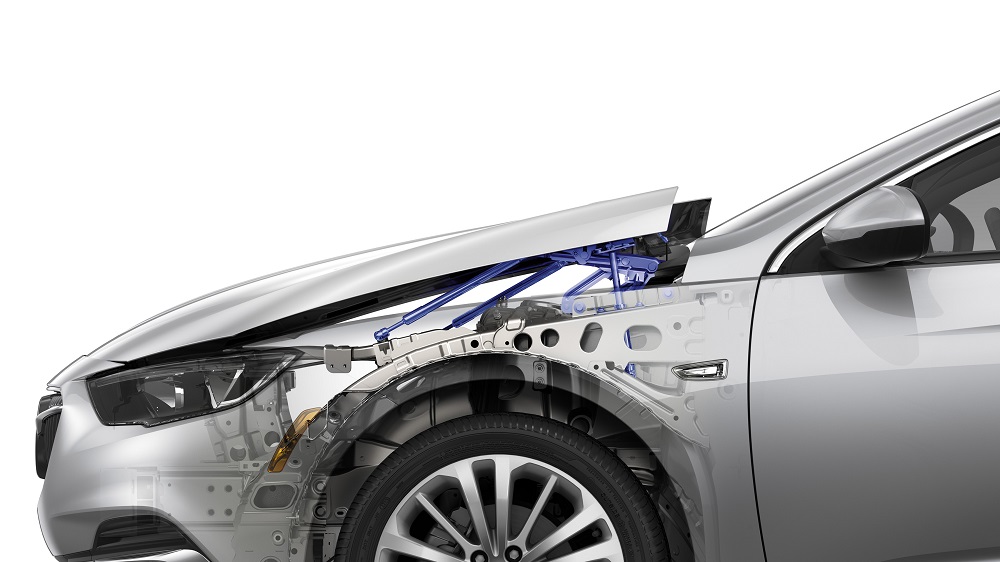 The coupe-like roofline and body style keeps the Sportback in the mid-size range, while the large liftgate in the rear allows for extra cargo space. Compared to the 2017 Regal, the Sportback now offers 31.5 cubic feet of space in the trunk compared to 14.2 cubic feet on the previous model.

“The new Regal Sportback was developed with today’s active, independent, premium car customer in mind,” said Duncan Aldred, vice president, Global Buick and GMC. “They have an SUV in the garage and are looking to complement it with a sport sedan, but have an appreciation for the usefulness of a versatile cargo space when an occasional need arises.” 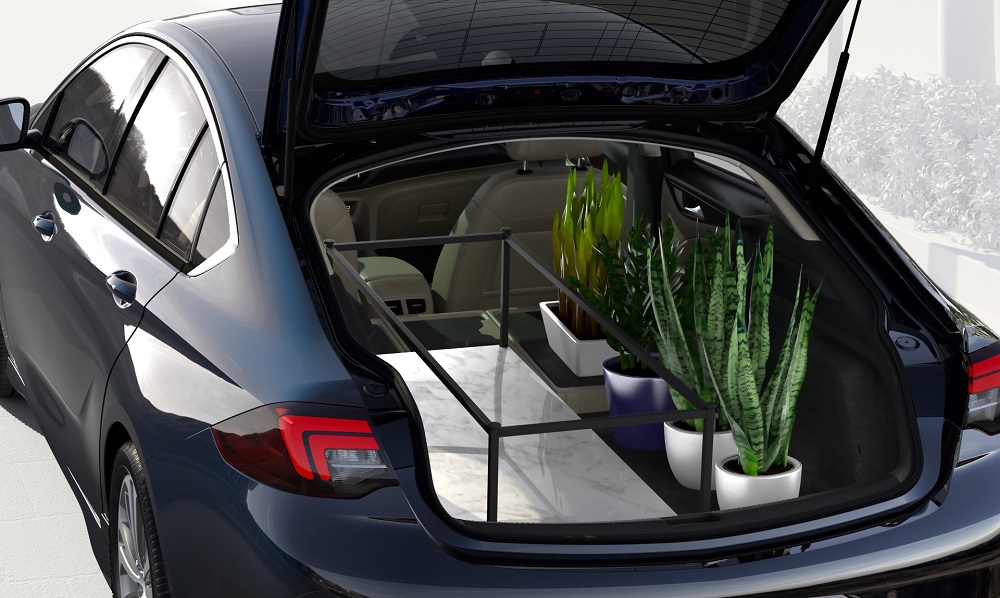 There’s a table in that trunk!

Additional highlights of the Sportback include Front Pedestrian Braking, Lane Keep Assist, Buick QuietTuning, and an intelligent all-wheel drive with active twin-clutch. Under the hood is a 2.0-liter turbocharged four-cylinder engine that pushes out an estimated 250 horsepower and 260 lb-ft of torque (295 lb-ft of torque with AWD).

Pricing has yet to be announced for the 2018 Buick Regal Sportback, but it is currently sitting in the same realm of competitors like the Audi A5 Sportback and the BMW 4-Series Gran Coupe. More details regarding the new vehicle from Buick should become available closer to the on-sale date in the fourth quarter of 2017.