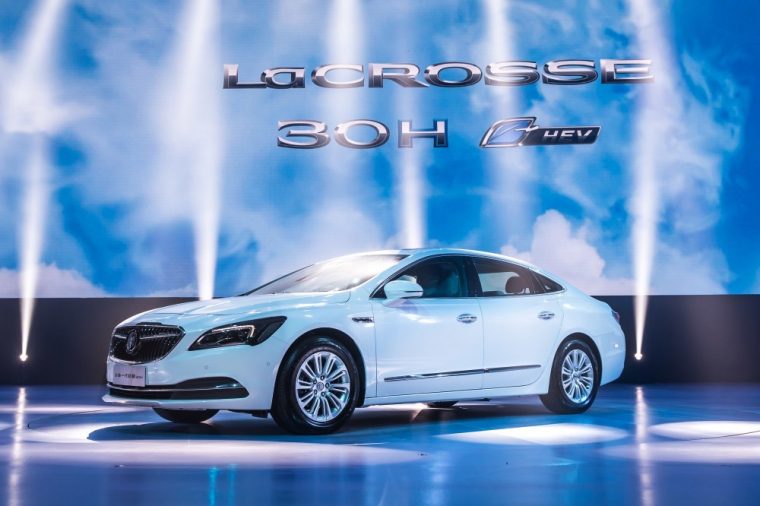 Buick rececntly unveiled the LaCrosse (HEV) in Beijing, along with the Avista concept
Photo: © General Motors

Since China happens to be one of Buick’s largest markets, it only makes sense that the American luxury automaker decided to debut its new LaCrosse Hybrid Electric Vehicle (HEV) at the 2016 Beijing Auto Show.

“GM’s leadership in electrification technologies, now and in the future, are coming to Buick in China,” said Larry Nitz, GM executive director of Global Propulsion Systems. “In fact, over the next five years, we will roll out more than 10 new energy vehicles in China, including several models for Buick. That includes full hybrids, plug-in hybrids and extended-range electric vehicles.”

The 2017 Buick LaCrosse HEV comes equipped with a 1.8-liter SIDI engine, an electric variable transmission, and a 1.5-kWh lithium battery, which all contribute to the sedan’s strong fuel efficiency of approximately 50 mpg. That number is a 35% fuel economy improvement over the LaCrosse with eAssist technology. Furthermore, Buick also announced the new LaCrosse HEV will be able to accelerate from 0 to 60 mph in 8.9 seconds.

The exterior of the LaCrosse HEV is highlighted by its sleek roofline, as well as its active grille, which opens and closes in order to improve the sedan’s efficiency. Other advanced technology for the 2017 LaCrosse HEV includes electronic power steering, exhaust thermal energy recycling, and an electronic climate control compressor.

General Motors also used the Beijing Auto Show as a platform to introduce its new “Buick Blue” logo, which is meant to symbolize Buick’s devotion to providing more efficient powertrain options and other green technologies.

The LaCrosse Hybrid Electric Vehicle will be presented to the public on April 25th. Buick has yet to announce whether this new LaCrosse variant will be sold in the United States.