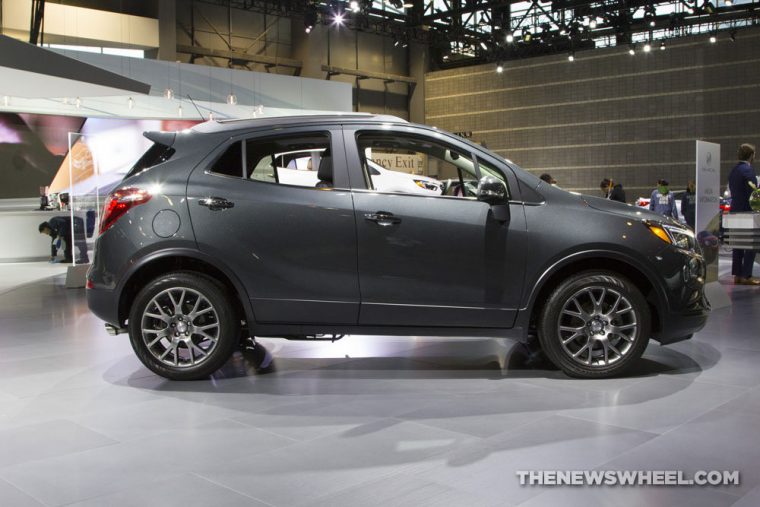 Here’s something that falls well under the category of “it goes without saying”: successful automakers in 2017 do well largely in accordance to the strength of their SUV and CUV offerings. While this somewhat obvious sentiment, as said, goes without saying, it was very recently said—and expanded upon—by Buick Marketing and Advertising Director Molly Peck.

Peck, who has been an integral part of Buick’s reawakening, spoke with The Detroit News to discuss how the brand has risen to the occasion and stands poised to become one of General Motors’ most essential movers around the globe.

We know from research that when people find out we make SUVs, they think we are a modern, contemporary brand,” Peck said. “We have a full SUV lineup. It started with Enclave in 2008. It really wowed people. It filled the need for a beautiful vehicle that also had cargo capability—so it was a good alternative to the big SUVs on the road. Second, we introduced Encore, and got a lot of people to consider Buick. Now we love what the Envision brings to the brand.”

Peck notes that Buick “got it right” by putting its weight behind the Encore, Envision, and Enclave instead of sedan mainstays like the Regal, LaCrosse, and recently discontinued Verano. While those sedans, as well as the new Cascada convertible, remain key components to its business in the United States, China, and other global markets, the fact that Buick is making bank on SUVs comes down to the brand banking on those vehicles to do so for it.

“We keep pushing and pushing—it’s a job that requires a lot of patience and consistency,” said Peck. “I like the challenge of changing Buick’s image. I think we are turning the corner, and as you turn the corner it gives [you] more momentum and you get more energized by it. We see it in the research. You can sense in the focus groups that people are becoming more open to the brand.”

Buick’s Latest: All the info you need to know about the new 2017 Buick LaCrosse