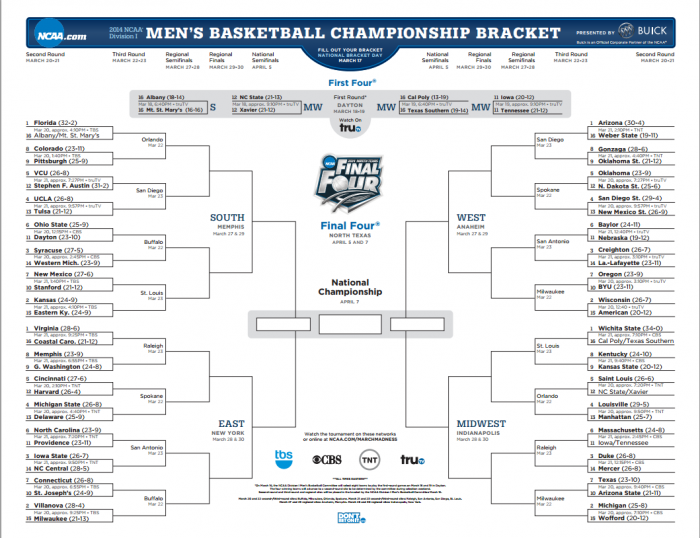 Something has changed in the air. Can you smell it? Okay, depending where you are right now, and provided the fact that it’s currently St. Patrick’s Day, it’s entirely plausible that what you’re smelling is somebody’s upchuck. But that’s not the thing to which we refer: no, we’re talking about…the madness. March Madness, to be exact. It’s here, and your official NCAA Tournament bracket is ready and waiting to be filled out.

It’s also sponsored by Buick, who is a long-tenured Official Corporate Partner of the NCAA. Is that pretty shaky ground for placing a blog about the NCAA Tournament on an automotive news site? Yep, it sure is. But that’s what Madness does to you, man. 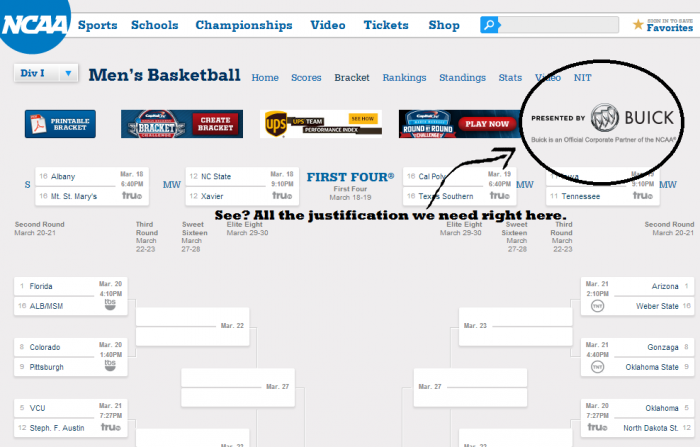 As you may well know, the talk of this year’s NCAA Tournament isn’t the snubs, the Cinderellas, or the sure things. It’s not Florida, Virginia, Arizona, or even undefeated Wichita State. It’s Warren Buffett’s billion dollar bounty for the perfect bracket. Of course, the odds of getting it all right are projected at 1-in-9.2 quintillion according to people who think they can math. But, then again, if you’re anything like Lloyd Christmas, those are your kinda odds.

So that we can justify posting about our NCAA Tournament obsession, let’s turn things back to Buick, the official sponsor of the bracket we now have in our hot little hands. So, while we’re all filling out our sheets and throwing them at as many office pools as we can (because you never know what the odds are that Cal Poly might just pull off a seven-game streak for the ages, but you suspect they might be somewhere south of 1:92,000,000,000,000,000), we ask you: if you were to make a Final Four of Buick vehicles, what would they be? 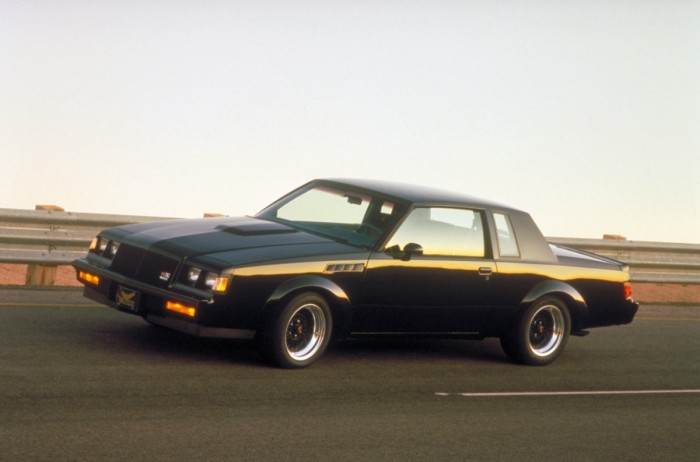