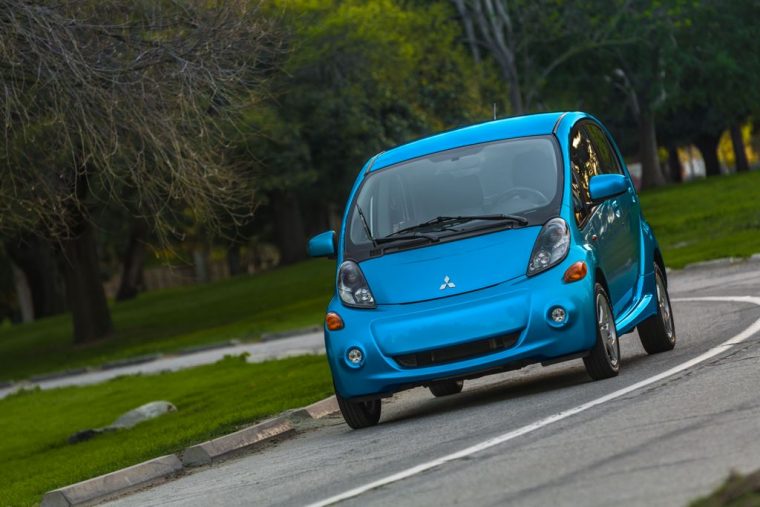 Say goodbye to the Mitsubishi i-MiEV—it’s leaving the United States market and it’s probably not coming back.

As we saw at the start of the month, few people are likely to feel aggrieved by this: only six i-MiEV cars have been sold so far in 2017 in the United States and zero were sold in July. And yet the i-MiEV represents an important part of automotive history.

It was the first mass-produced modern electric car on sale in the US, having beaten the Nissan LEAF to the punch when the latter arrived in December 2010—though Nissan now owns Mitsubishi and will likely prefer to focus on its much more popular offering.

Even as Tesla struggled to get its Roadster into production in late 2009, the Mitsubishi i-MiEV was selling in Japan, and two years before pre-production, i-MiEVs were operating in test fleets. Part of its appeal overseas was its clever “i” design, perfect for Japan’s kei class of tiny cars—it’s also what made it unpopular in the United States, where bigger is always better.

It was and remains the only kei car adapted for the US in recent decades, but its respectable-for-the-time 62 miles of range—produced by a 16-kWh lithium-ion battery pack and electric motor—was simply not enough.

As Earle Hitchner’s saying goes, “The difference between America and England is that Americans think 100 years is a long time, while the English think 100 miles is a long way.” England can be substituted for Japan in this context, and if it’s to be less than a long time before we see an i-MiEV return to the United States, it will have to be able to go more than just a long way.

What’s Left? Check out the remainder of Mitsubishi’s vehicle lineup