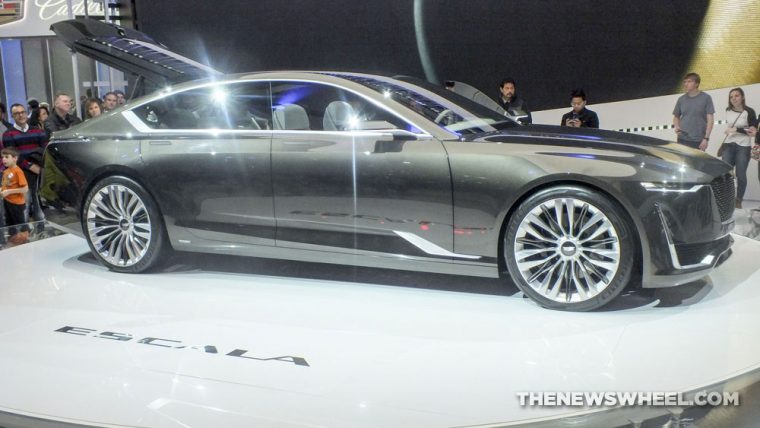 Cadillac sales were up in Europe by 34.7% in 2016, so the American luxury automaker decided the time was right to introduce two new models to the European market at the 2017 Geneva International Auto Show.

The first of these models is the Cadillac Escala Concept and despite the fact that the company has no plans to sell this particular car, it does provide a preview of the new designs and innovative technology that customers can expect to see from Cadillac in the future.

The Escala Concept is the third Cadillac model to make its world debut at Pebble Beach within the last six years and from there, the concept vehicle has also been shown at the 2016 LA Auto Show and 2017 Detroit Auto Show. 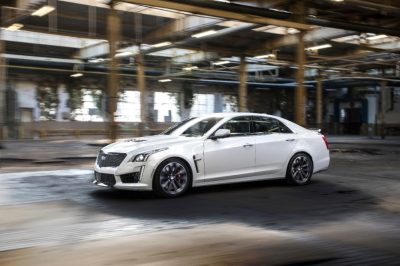 Based on the same large premium car architecture that’s also used with the Cadillac CT6 prestige sedan, the Escala Concept is longer than the CT6 sedan by approximately 152 mm. In addition, the Escala Concept comes with a unique lift back design and distinctive vertical lights, which have have been a Cadillac trademark for more than 60 years.

Powering the Escala Concept is a new 4.2-liter twin-turbo V8 that could eventually be offered with the CT6 sedan. As it stands right now, the Cadillac CT6 is available with a turbocharged four-cylinder, a naturally-aspirated V6, and a twin-turbo V6, as well as a hybrid option, but it’s lacking an eight-cylinder option.

One Cadillac that is offered with a V8 engine is the CTS-V Carbon Black Edition, which is the other new car that Cadillac brought to the Geneva Motor Show. Besides coming with a supercharged V8 engine good for 640 horsepower, the new CTS-V Carbon Black Edition also comes with a Black Chrome grille, carbon-fiber hood vent, and 19-inch dark premium painted alloy wheels, just to name a few of this model’s distinguishing features.

General Motors still plans to offer Cadillac models in select European markets, despite GM’s recent announcement that it sold both its Opel and Vauxhall brands to PSA Group. GM hopes to sell more than 5,000 Cadillac vehicles per year in Europe by the end of the decade.