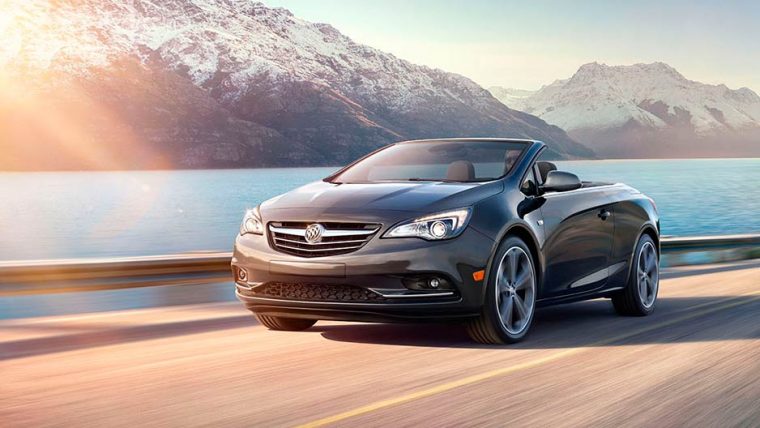 The Buick Cascada has only been on the market for a short time, but it is a long enough time that the brand sees fit to declare it one of the preeminent causes for an increase in both conquest sales and brand interest as a whole.

In April, Buick hit an all-time high in terms of customers trading in vehicles from other brands for a new vehicle from its current lineup. Through four months alone, Buick’s conquest sales are more than 35,000. The Cascada is cited as one of the fastest-growing vehicles in that regard, while the other, naturally, is the Encore crossover.

Buick has sold 2,487 Cascadas through April—beginning with 88 in January, increasing to 495 in February, then to 814 in March, and 1,090 in April. Of the Cascadas sold, Buick counts 64% of buyers who have traded in a vehicle from another brand. Toyota, Honda, and Audi are the brands most frequently abandoned in favor of the Buick Cascada. Prior to launch at the beginning of 2016, Buick dealers counted a total of 5,000 orders for the Cascada.

“The lasting impact of the Cascada will be a change in perception that only a sexy, sleek convertible can provide,” said Duncan Aldred, vice president of Buick Global Sales, Service and Marketing. “It’s changing minds and attracting customers in the country’s biggest convertible markets, with nearly half of sales coming from New York, New Jersey, Florida, Texas and California. These are all key markets for Buick’s continuing success.”

57% of Buick Encore sales are of the conquest varieties, with new customers citing value and style as two of the foremost reasons for switching. Encore sales have increased year-over-year for 28 consecutive months.

Buick also counts the interest generated by the Cascada and Encore as a success given that it has three more new vehicles set to hit showrooms before year’s end. The Envision crossover is arriving in showrooms now, and it will soon be followed by the 2017 Encore and LaCrosse.

“With the 2017 Encore, along with an all-new LaCrosse sedan, the Envision, and the Cascada, Buick will have four new vehicles this year in U.S. showrooms alone,” said Aldred. “It’s a year in which we’ll stop asking customers to question their preconceptions of the brand and instead make a strong statement about what the brand is today.”