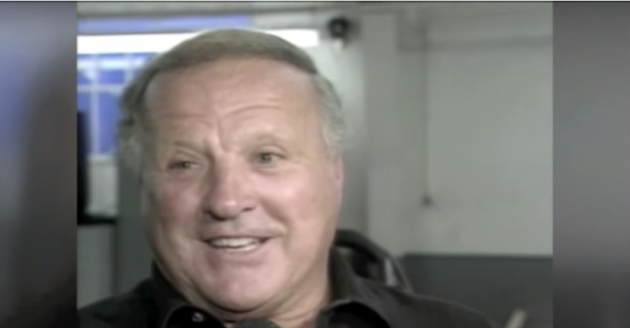 Anthony Joseph “Super Tex” Foyt, Jr. was born 80 years ago today in Houston, Texas (hence the nickname). The only racecar driver to win the Daytona 500, the 24 Hours of Daytona, the 24 Hours of Le Mans, and the Indianapolis 500 (accomplishing that latter feat four times), Foyt is a legend in the world of motorsports. He’s also known for having a lot of personality and a bit of a temper. So to celebrate A.J. Foyt’s 80th birthday, we’ve found three videos that highlight the best of A.J. being A.J.

First up—his reaction to Jeff Andretti’s driving during the 1991 CART race at Nazareth (which contains some slightly NSFW language):

Foyt didn’t lose any of that trademark fire when he made the transition from driver to owner. Here was his reaction to Arie Luyendyk claiming victory at Texas Motor Speedway, when it was actually Foyt’s driver, Billy Boat, who had just won:

Finally, when Aerosmith frontman Steven Tyler butchered the national anthem at the 2001 Indianapolis 500, the one saving grace of the whole ordeal was getting to watch A.J. Foyt barely conceal his disgust (his reaction is visible at the 2:00 minute mark).

We’ve even turned it into a reaction gif for you to use the next time you have to suffer something in quiet indignation: