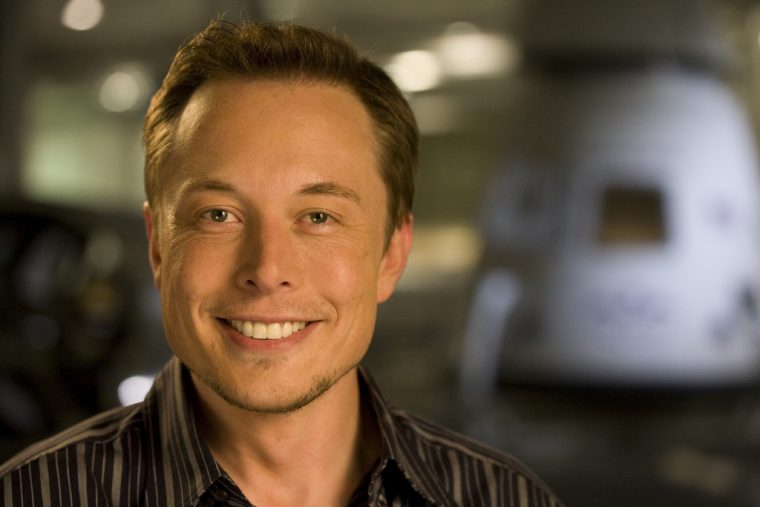 Famous for his groundbreaking innovations across multiple marketplaces, Elon Musk is quickly becoming a household name. Musk is currently the CEO of both Tesla Motors and SpaceX.

Elon Musk was born in Pretoria, South Africa in 1971. He spent most of his childhood in South Africa before moving to Canada at 17 years old. Originally, Musk moved to North America to study at Queen’s University. However, a perk of his location change was avoiding mandatory South African military service. “I don’t have an issue with serving in the military per se,” explained Musk, “but serving in the South African army suppressing black people just didn’t seem like a really good way to spend time.”

A few years into his studies at Queen’s University, Musk transferred to the University of Pennsylvania; he graduated with two undergraduate degrees: one in economics and one in physics. Post-undergrad, Musk moved on to graduate school for his Ph.D. in energy physics at Stanford University. However, he never finished the program. In fact, he barely started. Two days after classes began, Musk dropped out and pursued his first company: Zip2 Corporation, an introduction to Internet navigation services as we know them today. Musk went on to sell Zip2 for $341 million. That same year, Musk created X.com, which would be later known as PayPal. In 2002, he sold PayPal to eBay for $1.5 billion.

Using the money he made from the sales of his previous businesses, Musk launched SpaceX. SpaceX became a well-known aerospace company that provides spacecraft and other space travel engineering products to NASA. Three years after the inception of SpaceX, Musk launched Tesla Motors.

Founded in 2003 in Silicon Valley, Musk took on the project of Tesla Motors. Tesla is known for its electric car initiative, helping make green vehicles available for the masses. In its brief 14 years, the company has made incredible strides in electric motor technology. Tesla’s mission statement is “to accelerate the world’s transition into sustainable energy.”

The company received its name from Nikola Tesla, an inventor who patented the AC induction motor; the AC induction motor is the basis for Tesla’s engine construction. The company’s first vehicle was the Tesla Roadster, released in 2008. The vehicle had an incredible electric engine with its lithium ion battery, with the ability to go from 0 to 60 mph in just 3.7 seconds and a charge range of 245 miles.

Tesla continued breaking ground with its introduction of the Model S, the world’s first premium electric sedan. On top of its unprecedented structure, the Model S received a 5-Star Safety Rating from the United States National Highway Traffic Safety Administration. Over the following few years, Tesla came out with several configurations for the Model S, including all-wheel drive configurations. In 2015, the company launched its first SUV: the Model X.

Tesla recently premiered the Model 3, the first mass-market vehicle at an exceptionally affordable price range. The Model 3 is significantly smaller than the Model S, making it an entirely new vehicle for Tesla.

Tesla is also known for its research in self-driving technology. Elon Musk believes autonomous cars are the key to safety and efficiency on the roadways, and he’s making a successful effort to implement that technology into Tesla’s vehicles. The new Model 3 has a limited number of controls within the cabin; Elon explains this by saying those controls are becoming obsolete and unnecessary due to autonomous driving. “In the future – well, really, the future being now – the cars will be increasingly autonomous,” Musk said at the Model 3 release. “Every Tesla being produced right now – the Model 3, the Model S, and the Model X – has all of the hardware necessary for full autonomy.”

In 2013, Musk introduced his first concept plans for what he called a “Hyperloop.” In an effort to decrease long-distance travel time within the United States, Musk plans to create an underground travel system that would allow passengers to travel at speeds up to 700 mph. With this system, travelers could go from Washington D.C. to New York City in 29 minutes. According to Musk, he received verbal approval from the Trump Administration to begin the process; however, the construction and implementation of this system could take up to 10 years before it’s ready for public transport.