Last month, shortly after the release of the Focus RS, we drooled over the possibility of a Fiesta RS lining up next to its all-wheel-drive, 300+ horsepower big brother. But the possibility seemed like a far shot since we had just been introduced to four brand new Ford Performance vehicles: the Shelby GT350R, F-150 Raptor, GT Supercar, and of course the Focus RS. 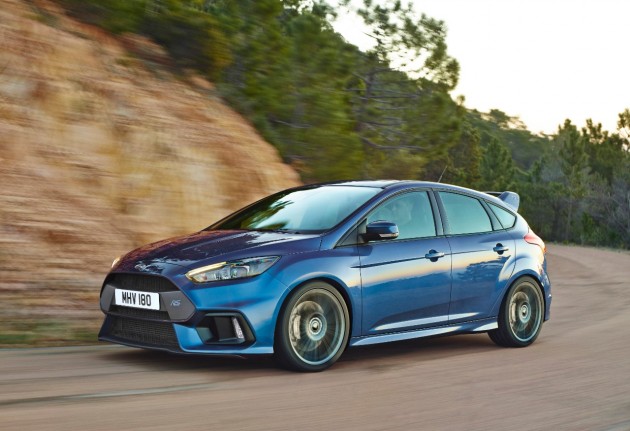 In the end, however, we may have not been too far off course. Earlier this week, Car and Driver released a few spy shots of a test mule Fiesta out for a stroll with its big brother, Focus RS.

At first glance it looks like just a normal Fiesta hatchback, but look closer and you’ll notice the flared fenders, larger air intakes, and possibly an intercooler hidden behind the grille. That would make this more than just a Fiesta hatchback, and quite possibly the Fiesta RS.

It’s speculated that if it is indeed a Fiesta RS, beneath the hood would be a finely tuned 1.6-liter EcoBoost, four-cylinder turbo that could create anywhere from 230-250 horses, complete with bigger brakes and stiffer suspension.

So the real question is, would it also get the same mind-boggling, all-wheel-drive system that will be in the Focus RS? For that, we’ll just have to wait and see.