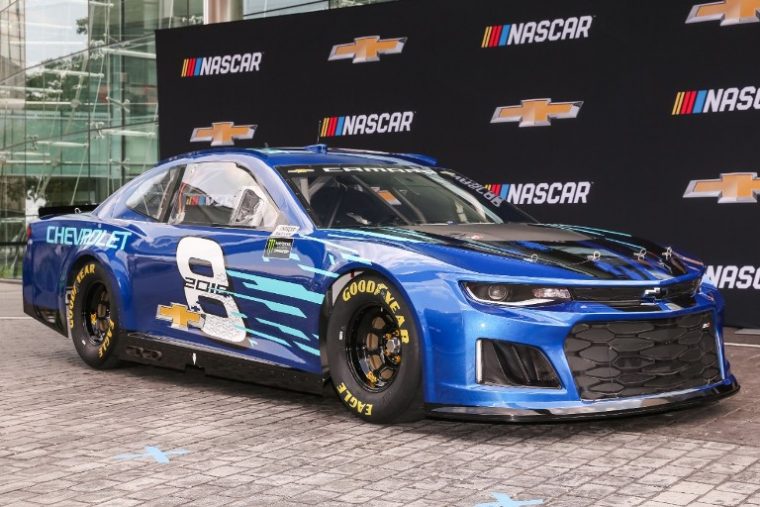 For years, Chevrolet’s go-to vehicle for NASCAR racing has been the Chevrolet SS. Of course, with the discontinuation of the SS, it is undoubtedly time for a change.

That change comes in the form of another iconic Chevrolet performance model, as Chevy has just revealed the 2018 Camaro ZL1 NASCAR Cup Race Car.

The Camaro ZL1 NASCAR vehicle will make its racing debut next February during the Daytona Speedweeks, an event that kicks off the 2018 NASCAR Season. Before its first race next year, Chevrolet wished to showcase the vehicle to both NASCAR drivers and NASCAR fans.

“The new Camaro ZL1 is a great-looking race car with a lot of heritage behind it, which will make it a big hit with fans,” said Johnson. “And as someone who’s enjoyed the ZL1 on the street, I’m really looking forward to getting this new race car on the track.” 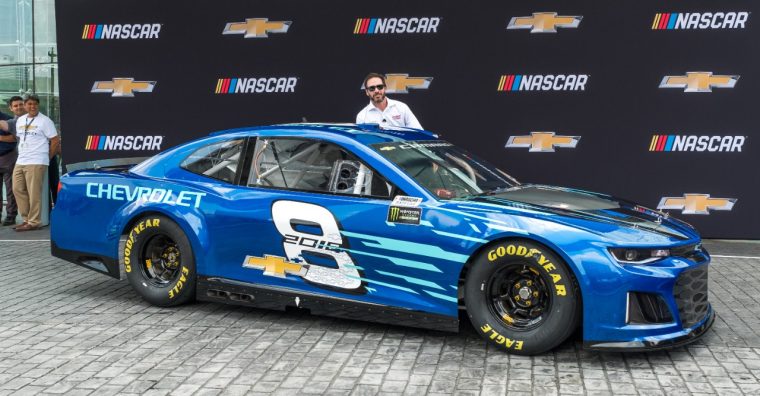 Johnson with his new ride

The Camaro is no stranger to racing, both on and off of a track. Chevrolet already employs a Camaro SS model for the NASCAR XFINITY Series.

Meanwhile, early iterations of the Camaro ZL1 helped racers win countless street competitions. The modern NASCAR Camaro ZL1 will simply have a bit more power than its automotive ancestors, coming equipped with a 650-horsepower supercharged engine under the hood.

Additionally, to help make the vehicle as aerodynamic as possible, Chevy engineers ran a comprehensive series of tests, including full-scale wind-tunnel testing. Such design choices make the Camaro ZL1 NASCAR vehicle a model specifically built to race on the track, all without ever detracting from its iconic look.

As the Chevrolet SS has earned Chevy 70 Cup Series wins and 13 consecutive titles, it leaves a large legacy to live up to. Still, with a Chevrolet Camaro ZL1 out on the track, Chevy should have no problem building upon that legacy.