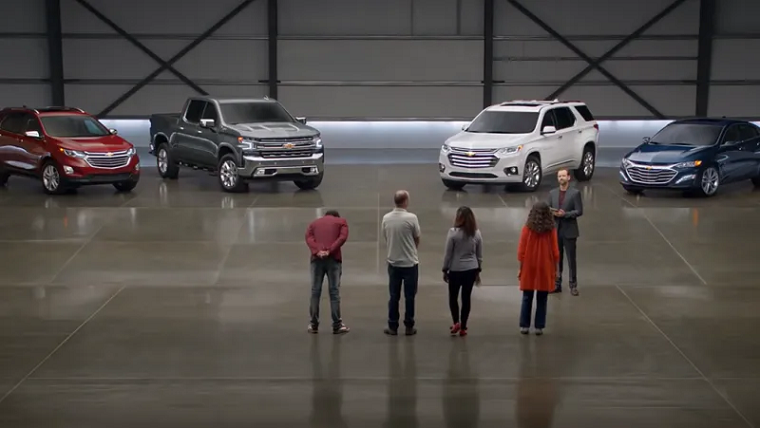 Update: The commercial has now been removed from YouTube as well.

A new Chevrolet commercial claiming the brand is more reliable than Ford, Honda, and Toyota, has been pulled off national airwaves and local markets following challenges from all three competitors.

According to The Detroit News, a lawyer for one of the three rival automakers sent an email to GM’s legal counsel “demanding that the automaker stop making the reliability comparison claims in its advertising campaign.”

A GM lawyer responded by saying that Chevrolet was taking its advertising in a new direction, but the ad has already stopped airing nationally and will soon be pulled off local markets. According to Ford and Toyota, GM told them it would pull the ad in response to their complaints.

“Through discussions with GM, we were informed they decided to pull the ad,” said Karen Nielsen, a spokeswoman for Toyota. However, it’s possible the competing automakers had nothing to do with it, as the ad was very poorly received on social media even without their intervention.

Related: Toyota cars are safer too

At the time of writing, Chevy’s ad is still on the automaker’s YouTube page (albeit now unlisted) with only 328 likes to over 1,200 dislikes. That should come as no surprise. Jalopnik has already debunked the ad’s claim, revealing that the study it cites is a misleading and cherry-picked indicator of reliability.

“GM is well aware they are working with a deficit in consumer perception regarding the quality of their vehicles,” Tom McParland wrote for Jalopnik, suggesting that the ad came off as defensive rather than a genuine attempt to showcase one of Chevy’s strengths.

If you’re wondering what automaker actually is the most reliable, it depends on the data you look at. Though at the end of the day, there’s no denying that most of the data — not to mention automotive history — points to Toyota as being the king of the reliability sphere.