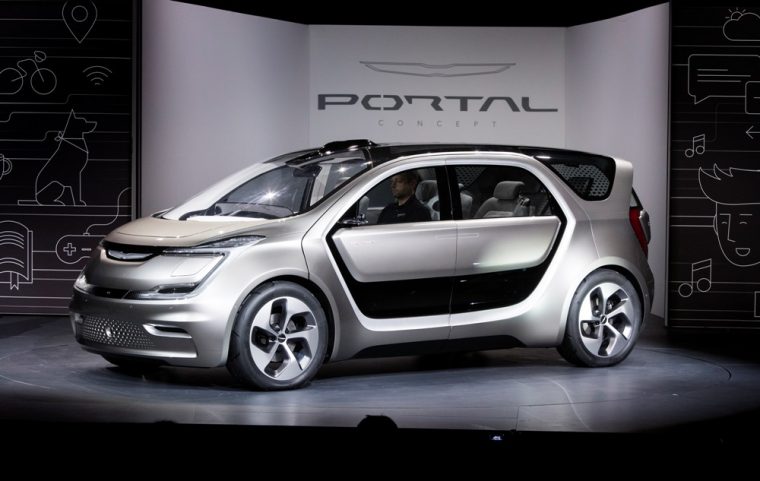 Could the Chrysler Portal Concept actually be a preview of future FCA designs?

The Chrysler Portal Concept was revealed to the world on Jan. 3rd at the 2017 Consumer Electronics Show and it made a big statement about future designs that could be coming from Fiat Chrysler Automobiles (FCA).

Designed by millennials for millennials, the Chrysler Portal Concept is an all-electric minivan that features a driving range of up to 250 miles using just a single charge. This vehicle is able to achieve that efficiency thanks to an electric motor that’s powered by a 100 kilowatt-hour battery pack. In addition, the Portal Concept is capable of level 3 semi autonomous driving, meaning it can pilot itself when traveling on the highway under specific circumstances. 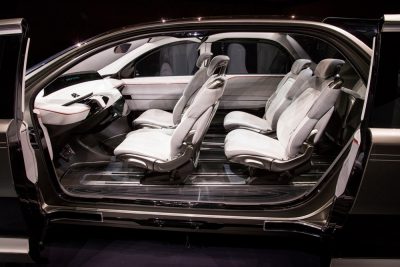 After gathering information about what millennials are looking for in a car, the designers of the Portal Concept decided that it needed to be tech-savvy, cost effective, and eco-friendly. FCA accomplished the latter two requirements via the Portal’s unique electric powertrain, but FCA went even further to ensure this van was tech-savvy enough for the millennial generation.

While the exterior of the Portal Concept features a squared-off design, the doors are actually quite unique, as they open from the center to reveal a cabin that features a glass roof and floor. Inside the cabin is a Wi-Fi hotspot that millennials can use to stay connected while on the go. What’s more, the instrument panel contains 10 docking stations for mobile devices and wireless charging is also provided.

Because millennials have been known to put off big vehicle purchases longer than other generations, Chrysler equipped the Portal Concept with track-mounted seats, which can be adjusted to offer greater cargo space or provide more comfortable seating positions for people of different body types. This allows owners the ability to customize the van as changes in their life occur. Furthermore, rather than offering a traditional steering wheel, the Portal Concept uses a device similar to what’s used to control airplanes. It can even fold into the dashboard during autonomous highway driving.

To create this high-tech minivan, Chrysler partnered with the likes of Magneti Marelli, Panasonic, and Adient, but the automaker does not currently have plans to put the vehicle into production. Instead, the Chrysler Portal Concept is meant to showcase the design language and tech features that could come in future vehicles, which the automaker hopes to sell to millennial buyers.

Gallery: Take a Closer Look at the Chrysler Portal Concept