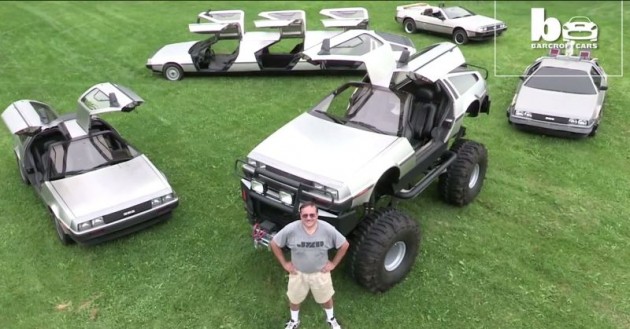 We probably wouldn’t know what a DeLorean DMC-12 was, or the DeLorean brand at all, were it not for Back to the Future. Conversely, the 1985 sci-fi masterpiece wouldn’t be the success it’s become without the presence of Doc Brown’s DeLorean.

We owe a lot to the stainless steel sports car, so it’s unfortunate that its original production count of 9,000 has dropped to less than 6,500 models left in existence.

One man, an automotive genius from Chicago, is doing his part to preserve the DeLorean legacy and even take it…into the future!

The difference is our reaction to Weissenell’s DeLorean monster truck and limousine creations involves a lot of manly glee.

Selling Tips: When should you sell your used car? 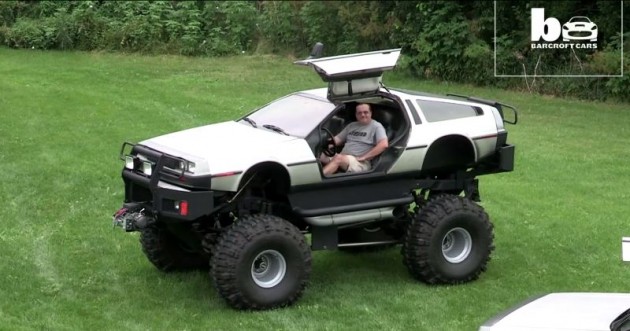 Weissenell’s story comes from Barcroft Cars, a YouTube channel established a month ago by Barcroft TV that posts original videos about fascinating cars from around the world. So far, the new channel is delivering on its promise to cover unusual vehicles, from an upside-down-yet-driveable car to a custom-built 1989 Batmobile.

The latest installment focuses on Rich Weissenell’s custom collection, which he began in 2000 after meeting John DeLorean in person at a Cleveland car show. He began a series of projects which have spanned 14 years, taking damaged DeLoreans and modifying them while leaving all the working DMC-12s on the road intact.

His first project, a DeLorean monster truck built in 2002, fused the body and chassis of a wrecked DeLorean with a K5 Blazer. 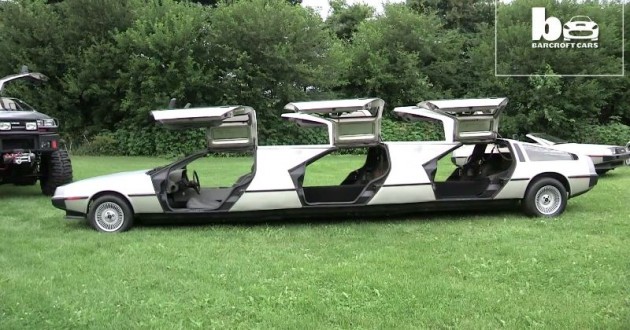 Weissenell’s version of a limousine. Where was this during our prom years?
Photo: Barcroft Cars via YouTube

His other prized accomplishment is a 26-foot long DeLorean limousine with three sets of gull-wing doors.

Where Rich is going in his DeLorean hovercraft, he won’t need roads–the vehicle can float over land or water. The convertible and time machine replica versions round out the 14-year collection, which Weissenell intends to continue expanding as long as he can.

You can watch the full interview and footage below. We look forward to seeing more fun stories from Barcroft Cars in the future.

Buying Tips:Keep your eyes open for these things when buying a pickup truck