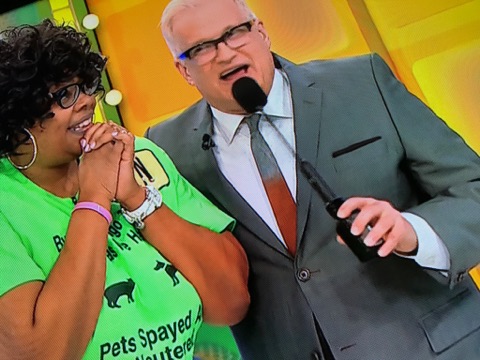 A middle-aged woman named Karen stands on stage with Drew Carey, the two of them sporting matching black horn-rimmed glasses. Lest one lose track of who’s who, Karen distinguishes herself by wearing a green tee shirt that reads, “By Way of Chicago Through Las Vegas, We Had Our Pets Spayed And Neutered.”

I turn to my attorney, Gonzo, and raise my eyebrows. We’ve spent some time in Vegas ourselves, and have come to associate the city with many things, though chastity is not one of them.

Today, I am seated among the Church of Capitalism’s shrill, screeching, wild-eyed congregation, documenting their behavior as they observe one of their holiest of holidays, Dream Car Week. 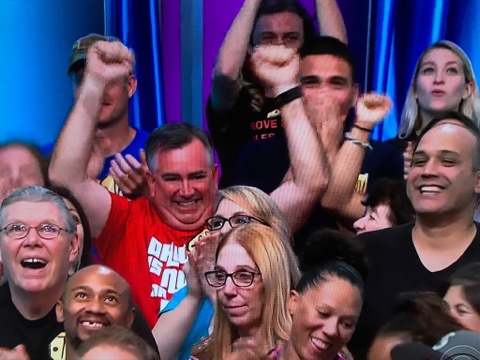 This is day two of our visit. Yesterday, Gonzo and I watched the madness play out from the safe confines of a green room, but today we are in the thick of it, pressed into a claustrophobic mass of humanity that bows and prostrates itself before sequin dollar signs.

A large yellow nametag affixed to my shirt introduces me to these people as “DUKE.” The one on my companion’s chest announces, “DO NOT DISTURB.” His Aviator sunglasses mask sleeping eyes, while mine are covering up bloodshot ones. We both spent the previous night working our way through the hotel bar’s bottom shelf, and I could use a little hair of the dog to carry me through this taping. Fortunately, a plastic flask in my jacket pocket should have enough juice left in it to get me through at least the next two or three commercial breaks.

Karen from Chicago is still on stage, being asked by Carey to guess the prices of such fabulous prizes as a roll of Brawny paper towels ($2.19) and a bottle of steak sauce ($5.99). Her impeccable knowledge of retail values, no doubt developed over a lifetime spent training in the aisles of Jewel-Osco, eventually wins her $8,000 in cash.

A kid from Madison, Wisconsin, wearing a “Jump Around for the Price is Right” shirt won the first Dream Car of the day, a 2017 Jeep Wrangler 4×4 Sport Edition that cost 27 grand. Curtis, an excitable gentleman in cargo shorts, had a crack at the second Dream Car, a new Chevy Malibu, but first had to run through the gauntlet of something called The Balance Game. 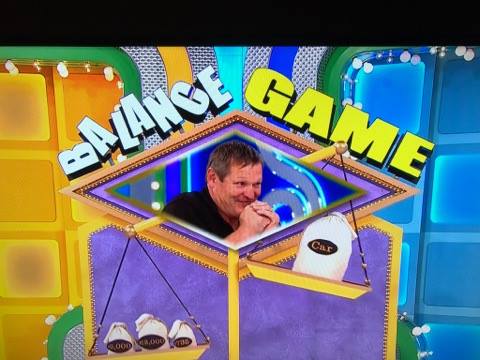 The challenge involved balancing large satchels of money on a giant set of scales, the object being to put enough bags of money on one end to equal the weight of the car’s actual price. Curtis placed $21,375 worth of money on the scales, then rubbed his hands together excitedly with unabashed avarice. But the Malibu’s actual retail value was $26,735, meaning Curtis would have to hitchhike back to Omaha.

No great loss. If this is what passes for a Dream Car, then my advice to the producers of The Price is Right would be to dream bigger. The Malibu makes my own Pontiac Ballbuster look like a Ferrari.

The modesty of these vehicles is doing nothing to dampen the spirits of my fellow audience members, though, who continue cheering on contestants with gleeful abandon, all the while hoping to take their place on stage. 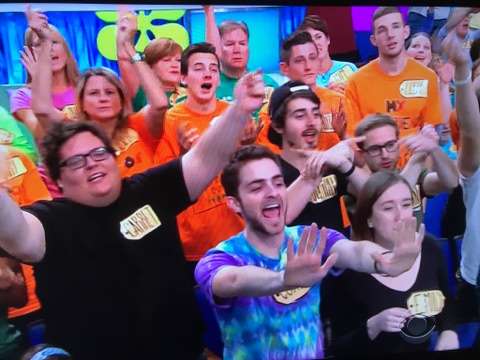 Up there, it’s all cars, cars, and cars. A man named John is made to guess which costs more, a vacation to the Indy 500 or the Daytona 500. As contestants spin the giant Showcase Showdown wheel, a Mercedes-Benz is parked off to the side, as reward for anyone who manages the statistically improbable feat of spinning a 100 twice in a row. So much Chrome and Money, Money and Chrome, twisted together and shining bright under the hot studio lights, a gleaming monument to the American Dream.

“All right, pal, let’s go,” says a voice behind me, just as I’m beginning to enjoy myself.

I turn around and see 250 pounds of security guard scowling angrily. At first, I assume he must have spied my plastic flask, but then I realize it’s actually the plastic cigarette holder jutting out of my mouth that has caught his attention.

Apparently, CBS Television City has strict prohibition laws regarding the use of tobacco. It’s also a dry town, as I discovered when my flask fell to the ground, and the security guard’s eyes narrowed even tighter. But the flask was empty, and Gonzo had finished his nap, so we put up little resistance as we were escorted out of Studio 33 during the penultimate commercial break. 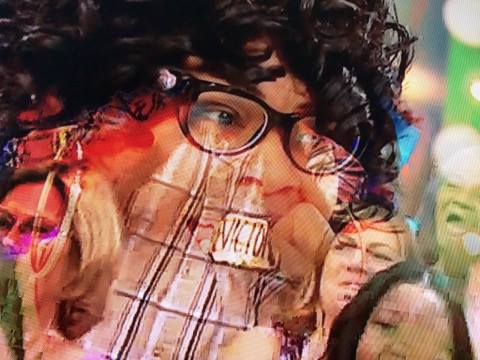 Having been unceremoniously tossed from the taping, I was unable to witness the climax of the day’s drama. This morning, though, I turned on the color television in my hotel room to find out what I had missed. Just as the final showcase showdown was approaching, CBS News cut into the broadcast with a breaking story.

A military general with a shaved head and bushy eyebrows was addressing reporters at the White House briefing room. He was denying allegations that the president had shared state secrets with two Russians, both named Sergey.

The change in programming was not quite as jarring as one might think. The president is himself a former TV game show host, and like The Price is Right, his administration is uniquely American, impenetrably surreal, and completely intolerable if sober.