Fiat Chrysler Automobiles (FCA) recently announced that six of its vehicles (three Dodges, two Jeeps, and a Ram pickup) raked in several 2015 Edmunds Most Popular Awards. The Most Popular Awards, given out by Edmunds.com, recognize vehicles given the most consideration by shoppers in each segment. Three vehicles in each segment are named the most popular. The data is based on the 18 million shoppers who visited Edmunds from January 2014 through October 2014.

In the News: Dodge Is Back as a True Muscle Brand 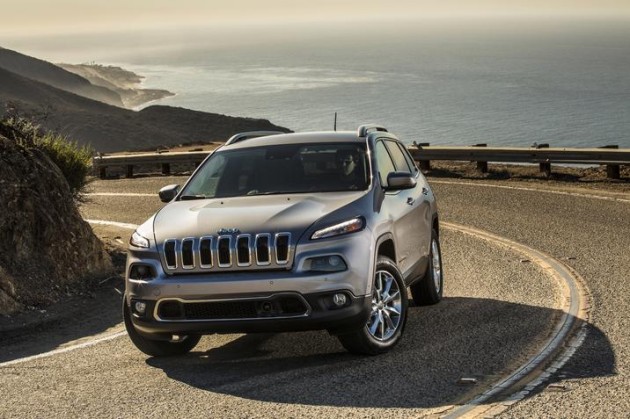 The Jeep Cherokee was one of six FCA vehicles to earn an Edmunds Most Popular Award.

“It was no surprise to us that the FCA brands sold so well in 2014; a number of Dodge, Jeep and Ram vehicles were among the most popular cars and trucks shopped for on our site all year long,” remarked Avi Steinlauf, the CEO of Edmunds.com.

Of the Dodge lineup, the Charger, the Durango, and the Grand Caravan each claimed an award. The Dodge Charger took home the honor in the Large Car category, while the Durango earned a spot in the Large Traditional SUV category, and the Caravan landed in the Minivan segment.

The Jeep Cherokee grabbed a Most Popular Award in the Midsize Crossover SUV category, and the even more popular Grand Cherokee excelled in the Midsize Traditional SUV division. The Ram 1500, of course, earned its distinction in the Large Truck segment.

Congrats to all winners of the 2015 Edmunds Most Popular Awards.