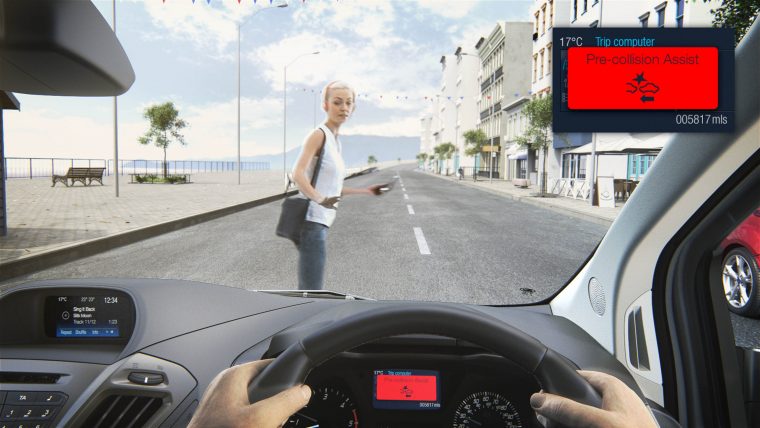 Ford has announced that Pedestrian Detection technology, which uses a camera and radar to detect pedestrians in the road and apply the brakes preemptively, is now available for Transit and Transit Custom vans sold in Europe.

The technology, which originally premiered on passenger vehicles such as the Mondeo, utilizes a radar on the bumper and a camera mounted on the windshield to detect “pedestrian shapes.” Worried that even these advanced technologies might misinterpret a traffic cone or a particularly large banana or a Donald Trump for a human being? Fear not; the “pedestrian shapes” are compared against a database of shapes to prevent trees or road signs from being mistaken for people.

“Advanced technologies, like Pre-Collision Assist, that were billed as future technology only a couple of years ago are now starting to make a difference on UK roads by helping drivers to react fast to the unexpected, such as a pedestrian walking out in front of them,” said Luke Bosdet, spokesman for the AA. “For delivery and other business van drivers, this is a major advance – not only in helping to prevent accidents, but also protecting drivers from incidents that were not of their making and that would disrupt business.”

Ford cites the European Road Safety Observatory’s Traffic Safety Basic Facts 2015, which states that 70,000 pedestrians on the continent lost their lives in traffic collisions between 2004-13. Further, a Ford survey found that 57% of pedestrians use their smartphones when crossing a road, leaving them considerably more vulnerable.

“It only takes a split second for a delivery driver to check an address – but that can be just the moment when an unwary pedestrian steps into the street,” said Gregor Allexi, active safety engineer, Ford of Europe. “In cases like this, Pedestrian Detection technology can help to avoid an accident, or reduce its severity.”