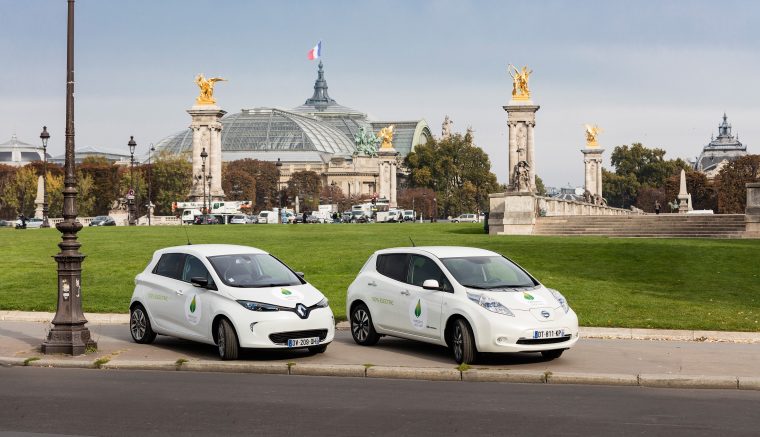 Europe has been becoming increasingly open to the adoption of electric vehicles, with Germany starting incentive programs and countries like Norway making electric power a very, very attractive option.

So, as the market improves, who has been a best-seller? According to the European Alternative Fuels Observatory, that is actually a bit of a trick question in terms of the first half of this year, as the lead traded back and forth between the Nissan LEAF and the Renault Zoe, giving the Nissan-Renault alliance the top two places on the list. The Zoe actually came out slightly ahead with a total of 11,790 sales at a market share of 12.3%, whereas the LEAF followed with 11,117 sales.

This isn’t really much of a change for Europe, though, as other than the Zoe taking the lead, the top 10 electric car rankings didn’t change. In a distant third was the Model S with 6,846 sales, followed by the VW e-Golf in fourth place with 3,912 sales and the BMW i3 in fifth with 2,438 sales.

The More You Know: Check out Nissan’s latest foray into hydrogen-powered cars

The sixth- through tenth-place sellers contain many names unfamiliar to we Americans, as although the sixth-place car as the Kia Soul EV at 2,126 sales and the seventh-place was the Mercedes-Benz B250e, the final three slots went to the VW e-Up (a small compact car) with 1,367 sales, the Peugot iOn (a rebadged Mitsubishi i-MiEV) with 983 sales, and the Citroën C-Zero (also a rebadged i-MiEV) with 746 sales.

Outside of pure electric vehicles, though, Mitsubishi is dominating the plug-in market with its Outlander Plug-in Hybrid, holding 11.6% market share with 11,097 sales. For comparison, the next-best plug-in hybrid was the VW Golf GTE, which held a far distant place with 5,692 sales and 5.9% market share, followed by the Volvo XC90 T8 Twin Engine at 5,035, the VW Passat GTE at 4,664, and the Mercedes-Benz C350e with 4,323.

Be Safe: Learn more about how to safely share the road with bikes