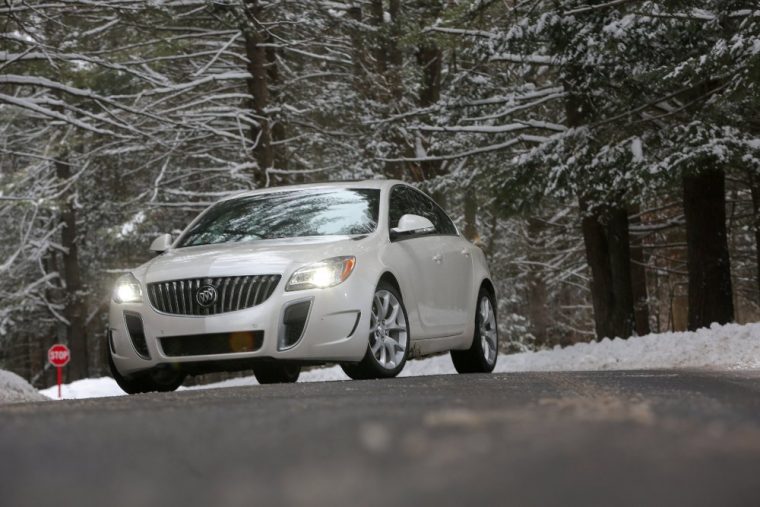 The 2017 Regal wasn’t the only new Buick to earn a 5-star safety rating, as the Cascada convertible also managed the same accomplishment
Photo: © General Motors

When it comes to the Buick Regal, much of the conservation regarding this sedan centers on the upcoming redesigned 2018 model, but before that car reaches dealerships, General Motors still has to sell the 2017 version of the car and that task may have just gotten a little easier, especially when you consider the ‘17 Regal recently earned the NHTSA’s best possible overall safety rating of five stars.

Speaking of the Regal: Take a closer look at this award-winning luxury sedan from GM

This prestigious safety rating applies to both the FWD and AWD variants of the 2017 Buick Regal. As for how the new Regal scored in each specific safety test, the sedan earned five stars in the side-impact test and four stars in the front crash evaluation. However, the NHTSA hasn’t released information regarding how the new Buick Regal fared in the rollover safety test.

Like all cars produced after 2012, the ‘17 Buick Regal comes standard with traction control and electronic stability control, as well as a rearview camera, six airbags, and an antilock braking system.

For even more advanced safety equipment, Buick offers a Driver Confidence 1 package for the ‘17 Regal. This optional package comes with some of the most advanced safety tech currently available in the auto industry, such as lane departure warning, forward collision alert, rear cross-traffic alert, lane-change alert, and side blind-zone alert.

For those drivers who want every single safety feature they can get, Buick also offers the Driver Confidence 2 package, which includes adaptive cruise control and collision preparation with collision mitigation braking. This optional package is available on the higher-level Regal Premium II trim.

It should be noted that the ‘17 Regal has yet to undergo safety testing for the IIHS.

The new Regal sedan is scheduled to become available at Buick dealerships in the not too distant future.

Best Buys: Are you aware of the benefits you get with a Certified Pre-Owned Regal?