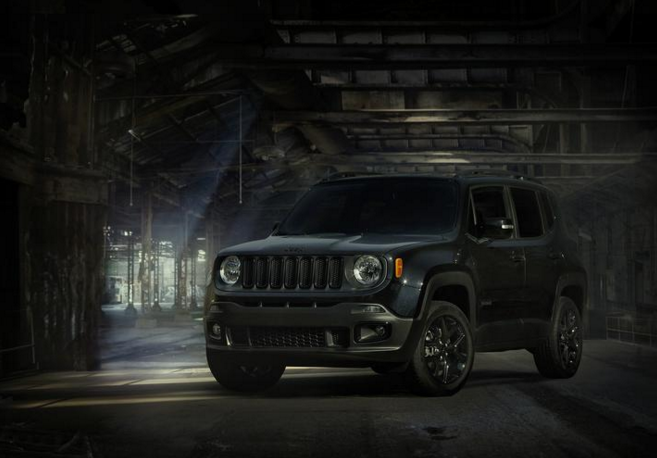 Batman has an entirely new partner in his fight against Superman—Fiat Chrysler. The Italian-American carmaker recently announced it is joining a one-of-a-kind co-branded partnership with Warner Bros. Pictures Batman v Superman: Dawn of Justice.

This new partnership means that the brand will not only have two new commercials featuring footage from the highly anticipated film, but it will also release an all-new 2016 Jeep Renegade Dawn of Justice Special Edition, which is available now at dealerships across the country.

Another Movie Partner: Check out the Star Wars-inspired Dodge models

The first TV spot that will appear thanks to this partnership is for this special-edition Jeep. Jeep’s 30-second spot has already been released to the public on television and online. The spot shows Bruce Wayne, played by Ben Affleck, behind the wheel of the Jeep Renegade. Actor Jeremy Irons—Alfred in this newest Batman flick—narrates the spot, which illustrates Batman’s impulse to move toward danger rather than away from it.

Fall in Love: See why Dodge ranked so high on the Consumer Love Index

The Dodge brand will also join in on the Batman v Superman fun with a 15-second commercial that will also feature footage from the film. This time, it’ll have a variety of chase scenes from the film that involve the Dodge Challenger and Dodge Durango. This spot tries to play off the idea that even villains need cars.

As if you all didn’t know already, Batman v Superman: Dawn of Justice will open worldwide on March 25, 2016.