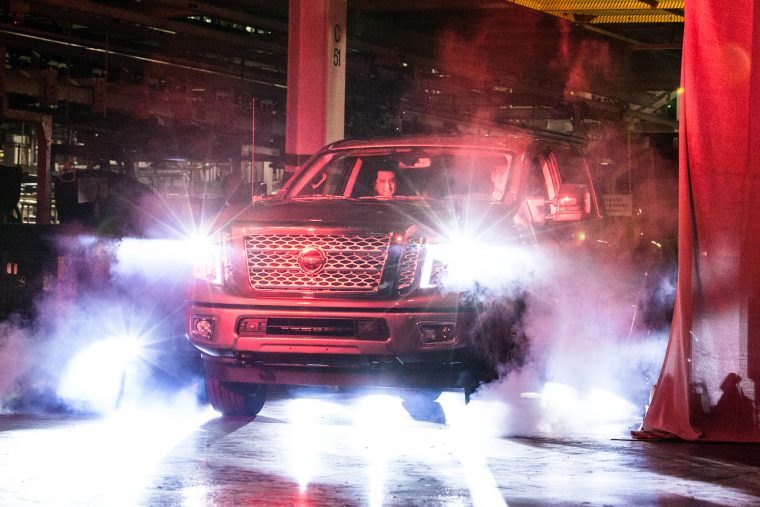 The Nissan Titan XD is one of the redesigned models to hit the market for 2016, and its new style (and larger size) is a big change from the previous generation. Production of these trucks first began last month in Mississippi, and the first trucks are being delivered to Nissan dealers nationwide. On Tuesday, a ceremony was held near Jackson, Mississippi to hand over the keys to the lucky first Titan XD owner, Andy Jones.

The 2016 Nissan Titan XD has a starting MSRP of $40,290 and comes with standard features like remote keyless entry, NissanConnect infotainment, Bluetooth connectivity, and vinyl flooring. The top-of-the-line Platinum Reserve model comes with navigation, satellite radio, dual-zone climate control, remote start, and heated and cooled seats. This model tops out the line at $57,470.

Since the new truck is being built in Mississippi, it’s no surprise that is where the first delivery took place. There’s no word as to whether Mr. Jones is actually the first person to order the truck.

While the Nissan Titan XD is assembled in Canton, Mississippi, several of its components were built elsewhere in the US. Most noteworthy is the Titan’s powerful Cummins 5.0-liter V8 Turbo Diesel engine, which was built in Columbus, Indiana by Cummins. This exciting engine produces a mammoth 555 lb-ft of torque, making it the ideal pickup for hauling heavy loads.