For the Second Time in Six Weeks, John Cena’s Ford GT is Headed to Auction 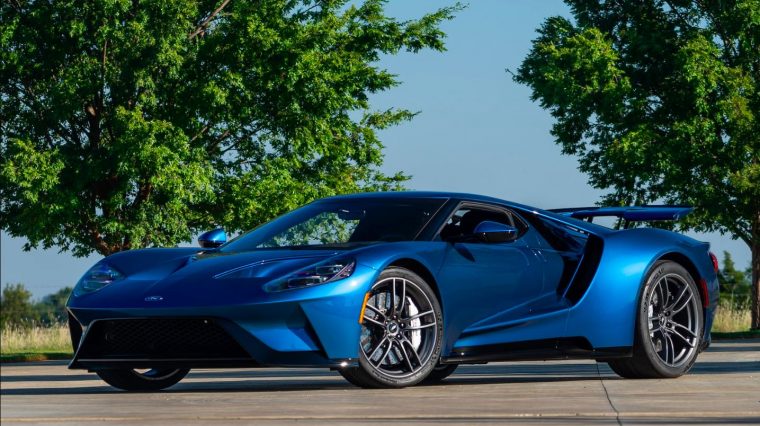 For the third time now (that we know of), a Liquid Blue 2017 Ford GT once owned by pro wrestler John Cena is up for sale. Mecum will put the VIN 77 Ford GT up as Lot S69 (nice) at its Dallas 2018 auction from Oct. 3-6, where it will likely command a hefty sum yet again.

On Aug. 25, the GT sold for $1.4 million — around three times the original sale price — at an auction taking place during Monterey Car Week. It is not yet known what the minimum asking price will be this time out, but perhaps Mecum will start as low as $1 to ensure that somebody, you know, actually keeps the thing this time around.

Though it has just 626 miles on the odometer — one more than it did last month at the time of auction — this Ford GT has been on a long journey. It was originally purchased by Cena for more than $466,000, who promptly resold it and in so doing violated a two-year purchase agreement put in place by Ford to prevent any Ford GT owners from flipping the supercar for cash.

Ford sued Cena, which eventually resulted in an undisclosed settlement, but that didn’t stop the California farmer who purchased the GT from the wrestler from putting it on the block in Monterey last month. At this rate things are going, the Ford GT will have more owners in two or three years than Cena had world title reigns over his WWE career.

Speaking of which, here’s an idea: What if Ric Flair used some of his “Ric Flair Drip” money and bought himself the Ford GT as a wedding gift? Stranger things have happened.

A Ride You Can Actually Afford: 2018 Ford Expedition gets 5 Stars from NHTSA