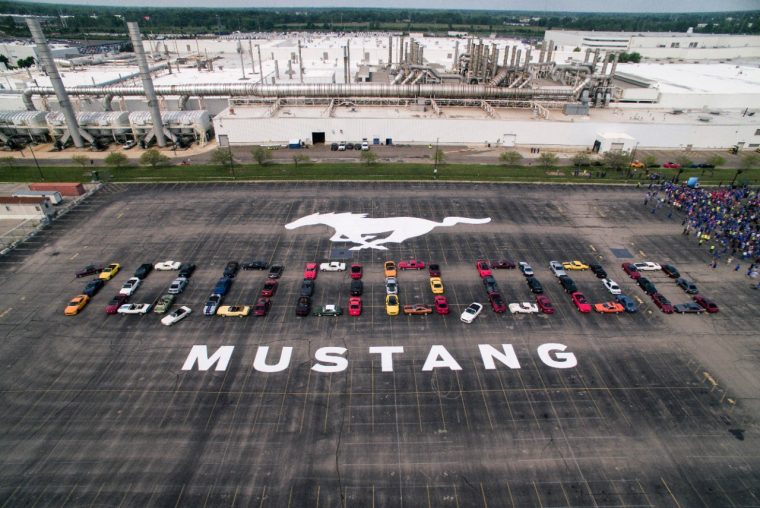 Ford introduced the world to the Ford Mustang in 1964, and the connection with performance enthusiasts was instantaneous. Exuding cool charisma and raw power, the Mustang was an instant classic that has satisfied generation after generation and continues to satisfy yet another still with the new 2019 model. So just how many Mustangs does a near-55-year love affair produce? As of today, 10 million.

A 2019 Ford Mustang GT convertible — in Wimbledon White, appropriately enough — rolled off the assembly line at Flat Rock Assembly Plant in Michigan this week, marking the 10 millionth Mustang ever built. To commemorate the occasion, Ford got together 60 Mustang owners from all model years to spell out 10,000,000 in the Flat Rock parking lot and had three P-51 Mustang fighter planes perform a flyover. 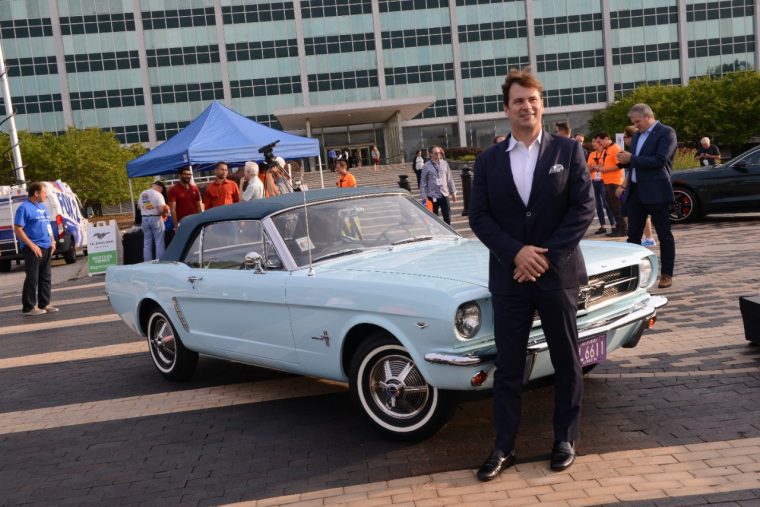 “Mustang is the heart and soul of this company and a favorite around the world,” said Jim Farley, president of global markets, Ford Motor Company. “I get the same thrill seeing a Mustang roll down a street in Detroit, London, or Beijing that I felt when I bought my first car — a 1966 Mustang coupe that I drove across the country as a teenager. Mustang is a smile-maker in any language.” 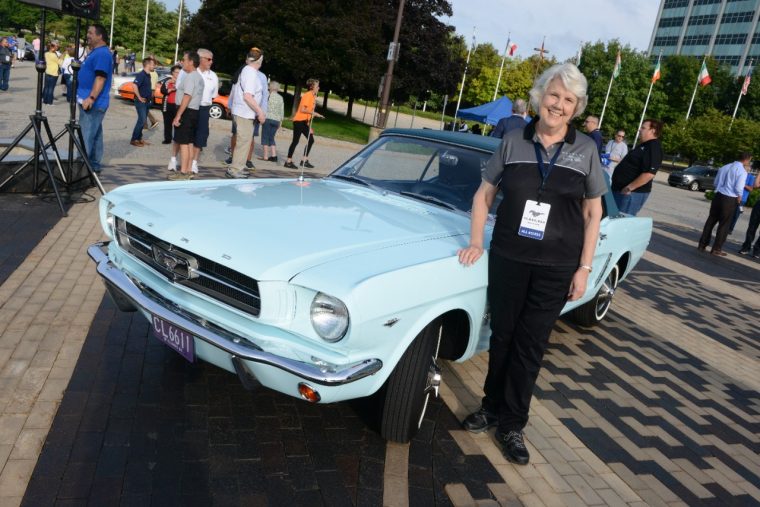 Gail Brown with her 1965 Ford Mustang convertible, the first ever sold