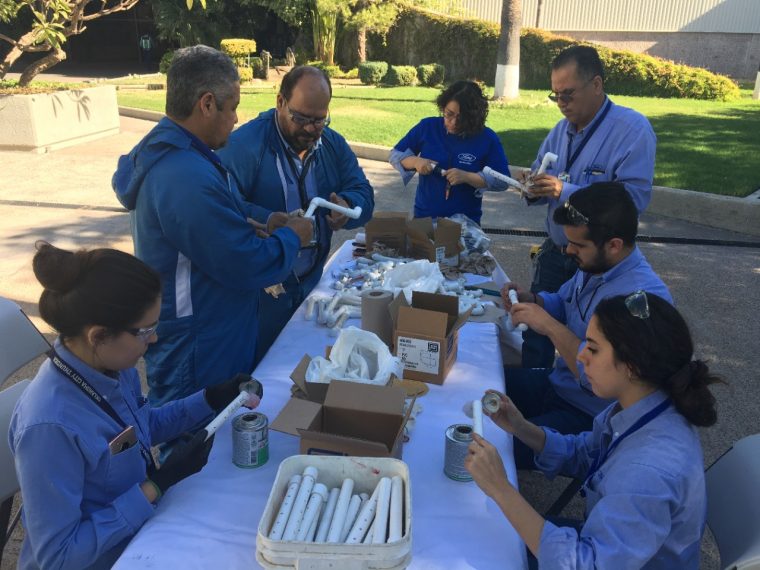 “I am extremely proud of the work our employees are doing to bring about positive change around the world,” said Bill Ford. “Access to basic necessities is not something that can be taken for granted in many communities, and these projects will have an immediate and positive impact on the quality of life for so many people.”

$140,000 of the prize money will go toward a sanitation project in Kancheepuram, India, focusing on bringing 100 SMART toilets to three villages and providing education relating to proper sanitation and hygiene practices. Construction on the facilities is expected to begin next month and conclude in the fall of 2018, utilizing the volunteer assistance of Ford Chennai plant employees.

“In these rural villages, open defecation is the normal practice,” said Jennifer Leonard, a Ford brake engineer and manager of the project. “This practice proliferates disease, increases child mortality rates, and increases a woman’s chance of being attacked. Our hope with this program is to work to improve health conditions while offering people privacy, dignity, and safety.”

Another $60,000 will go to providing potable water in the city of Guayacan, Mexico, near Ford’s Hermosillo production plant. The money will fund the creation and construction of the Guayacan Community Center and provide up to 750 families with in-home water filtration systems.

“Northwest Mexico has high concentrations of arsenic in the water, so this project will help make sure people have safe drinking water and a place to meet and gather,” said Cindy Turner, a Ford engineer and project leader. “Having clean water is a basic necessity in life, so we believe this project will have a dramatic impact on the community.”

A third grant recipient will be announced later this year.

Battery Gone Cold? Here are the steps you need to take to get it jumped