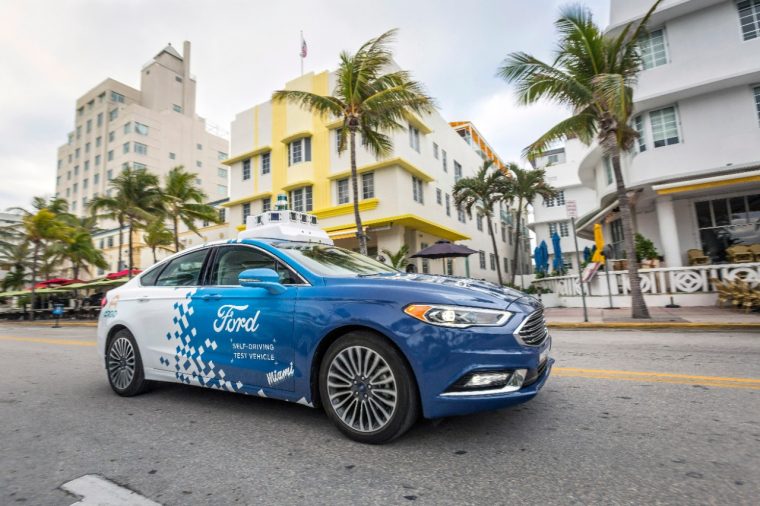 Ford’s vice president of Autonomous Vehicles and Electrification, Sherif Marakby, confirmed last month at the 2018 North American International Auto Show that Ford would be “testing a lot more than pizza” as part of a collaboration with a then-yet-unnamed partner city to test out its business model for autonomous vehicle services. On Wednesday, in an article published at Medium, Marakby confirmed that Miami will be that partner city.

Miami-Dade Mayor Carlos A. Giménez is a champion of innovative technology and applying it to help improve life for residents of the county. He’s on the forefront of thinking about the future of transportation, leading a county that already offers a diverse set of transportation modes ranging from ride-hailing services and rail to buses and bike sharing. He understands the potential of self-driving vehicles and how they can fit in, interact with, and enhance all of those modes and more. That’s why this collaboration makes so much sense.

There’s clearly a need for innovation. Miami was recently listed as the 10th most congested city in the world, according to the Inrix Global Traffic Scorecard, and the fifth most congested city in the United States. Miami commuters spend an average of 64 hours in congestion per year during peak time periods — or nearly 10 percent of their total drive time. That’s just not right, yet it serves as a reminder that people always need to be at the center of our plan, so we’re setting out to solve for their pain points.

The Template for Ford’s Current Autonomous Development Vehicle: 2018 Ford Fusion has a lot to offer for today’s driver as well

Marakby revealed that Ford’s pilot program for autonomous pizza delivery with Domino’s is already operational in Miami, and that delivery services as part of its partnership with Postmates will begin next month. Ford is also establishing its first autonomous vehicle operations terminal near downtown Miami; here, Ford will house, maintain, and repair its autonomous vehicle fleet.

Ultimately, the objective of the partner city project with Miami will be to help Ford bring Level 4 autonomous vehicles to market by 2021. Marakby says that Ford hopes to learn how employees will interact with self-driving vehicles before they are sent about their tasks, how customers will interact with them, and how people can and should benefit from autonomous vehicle services.