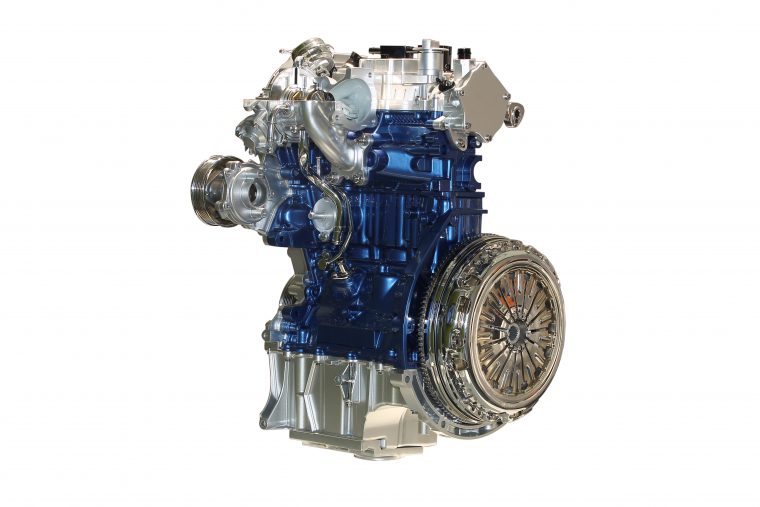 2014 International Engine of the Year: the 1.0-liter EcoBoost

Ford has announced that its 1.0-liter EcoBoost engine will be offered with cylinder deactivation technology beginning in early 2018, becoming the first three-cylinder engine to feature the fuel-saving and emissions-reducing technology.

Ford made the announcement in defiance of the widely-held belief that an engine with three cylinders would not be able to sustain cylinder deactivation tech, which cuts fuel delivery and valve operation for unneeded cylinders in situations where the engine’s full capabilities are not needed.

“Ford has pushed back the boundaries of powertrain engineering once again to further improve the acclaimed 1.0-liter EcoBoost engine, and prove that there is still untapped potential for even the best internal combustion engines to deliver better fuel efficiency for customers,” said Bob Fascetti, vice president, Global Powertrain Engineering, Ford Motor Company.

In order to implement the technology, Ford will equip its award-winning engine with components including a new single-piece camshaft module, offset crankshaft configuration, and an “unbalanced” dual-mass flywheel. The flywheel and a new, vibration-deadening clutch disc promote more refined performance and a smoother ride, as do new engine mounts, drift shafts, and suspension bushes.

“Cylinder deactivation adjusts the effective engine capacity to maximize fuel efficiency, and to deliver the greatest benefit to customers, needs to be triggered in as many driving scenarios as possible,” said Carsten Weber, manager, Powertrain Research & Advanced Engineering, Ford of Europe. “We intensively tested the system in real world conditions using a range of deactivation strategies to develop a system that maximizes the fuel efficiency without compromising driving comfort.”

Ford’s cylinder deactivation system is a collaborative effort between engineers in Germany, the United Kingdom, and the United States.