To build up holiday cheer—as well as to build team solidarity—nine Ford design teams were put to the task of building a super cool snowman out of three pieces of white Styrofoam™ and pretty much anything else they could think of. Think of every boring team-building exercise you’ve ever done for work, except it’s way better because the end result was this: 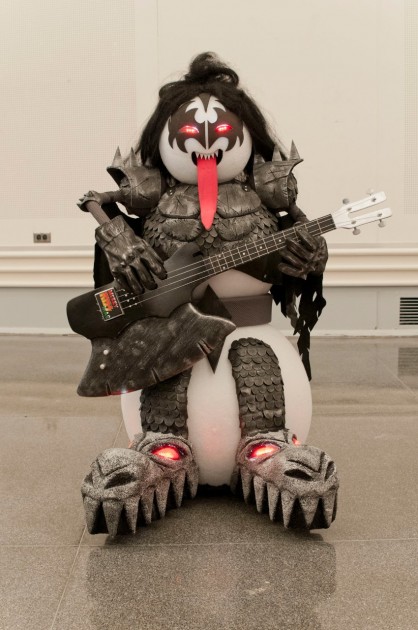 The heavy metal snowman—and, let’s be real here, we all know that it’s the incomparable Neil Diamond—was put together by the design team behind Ford trucks and merely represents the tip of the iceberg (har har) in terms of creativity.

More from Ford: A Legend Among Us: Ford Announces All-New Shelby GT350 Mustang

The Ford car studio put forth this impossibly sad and shlubby snowman who seems bummed out about his build: 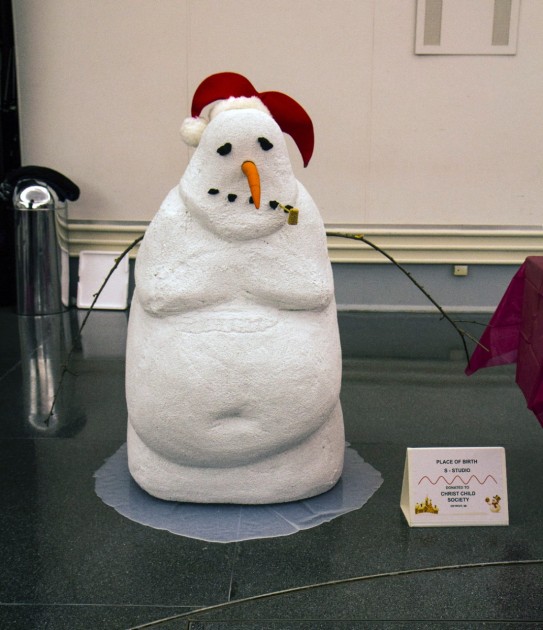 I need to do more push-ups *sob* 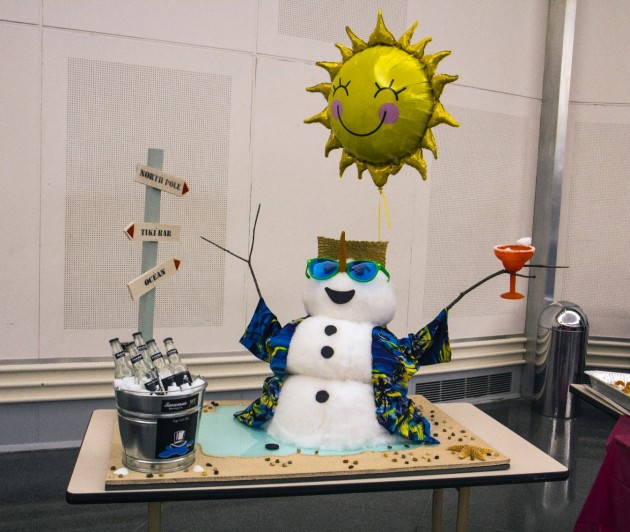 Ford’s prototype team—known as The Shops—put together this upside-down snowman with a beautiful Alcantara scarf and top hat: 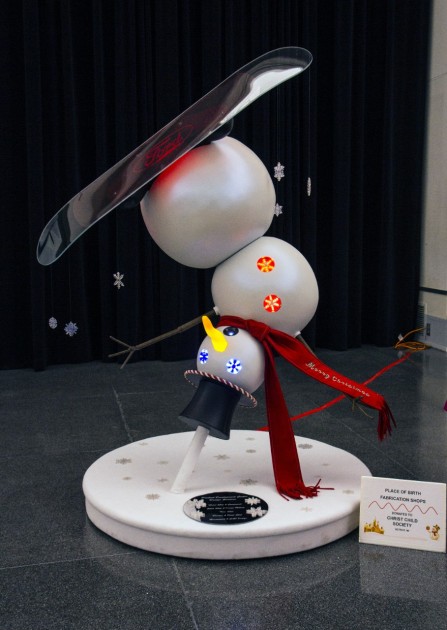 Color and materials gave their snowman a woven top hat, a glittery head, crystal-bedazzled arms, and a paint-dome vest: 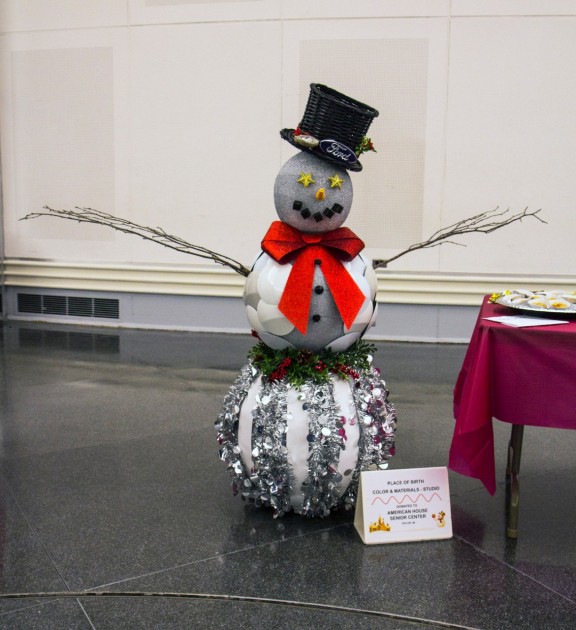 Studio 2000X built this “punker snowman,” which is actually a steampunk snowman. We imagine that someone at Studio 2000X tried very hard to explain the concept of steampunk to the person who wrote the press release before eventually giving up and saying yeah, it’s a punk snowman: 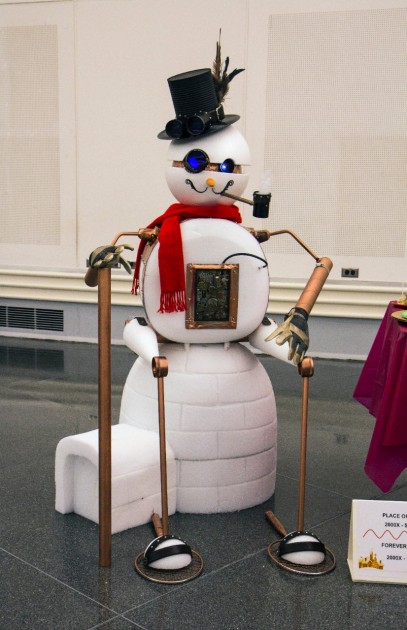 “Sure, it’s a Johnny Rotten snowman, whatever”

The folks in Human Resources put forth a delicious little S’mores-man, which is as tasty and to-the-point as chocolate and marshmallow smushed between two graham crackers: 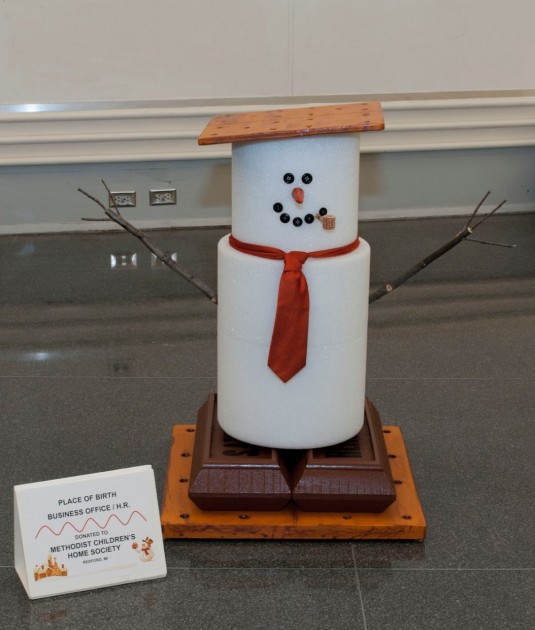 Nothing s’more, nothing less

Lincoln design’s snowman appears to be driving a sleigh heavily inspired by the Continental. Maybe this is what Neil Young was on about: 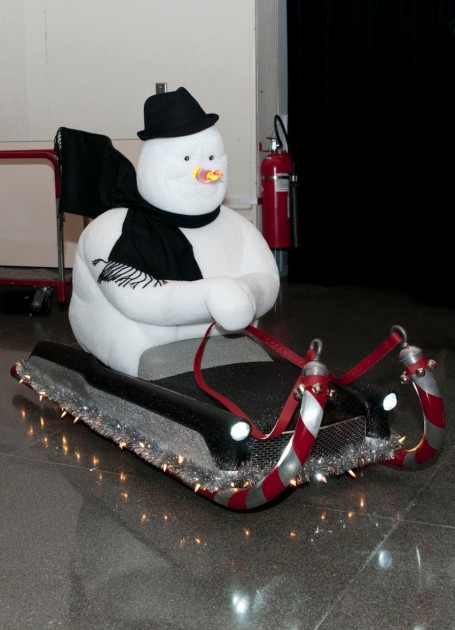 I didn’t drive a Lincoln to make a statement. I just liked it…and it had powerful A/C

And the Ford interiors design team put forth a three-snowman sled, depicted cresting down a hill and navigating through a tablet: 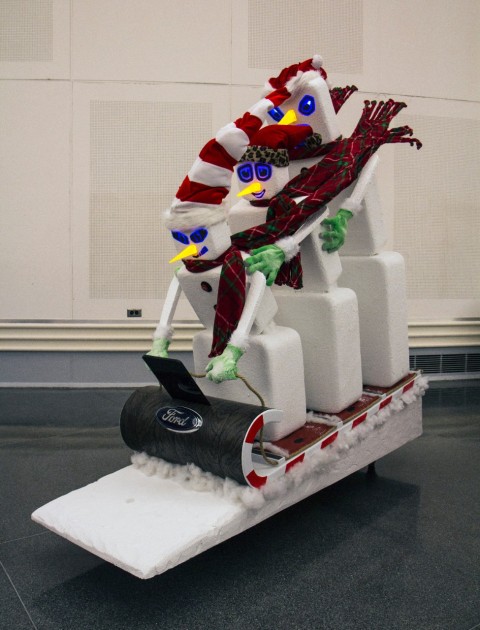 Hey guys! We got invited to a lemon party! Should we accept?

Three of the entries will be donated to orphanages and a senior home in Michigan while the rest will be kept at Ford design studios.