Ford Ends Advertising for Sedans Ahead of Lineup Cuts 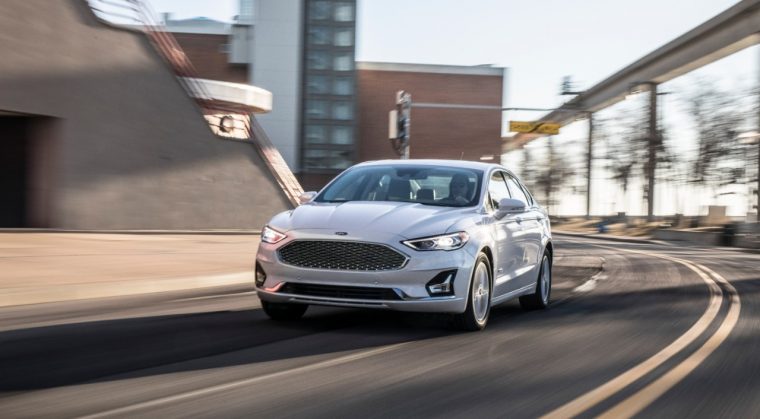 You like the new 2019 Ford Fusion sedan? Well, you definitely aren’t gonna see any ads for it anytime soon

Don’t be surprised if you suddenly notice a lack of advertisement for Ford cars. That would be because Ford is now no longer nationally advertising for its Fiesta, Fusion, Focus, and Taurus as part of its plans to axe these vehicles from its lineup moving forward.

According to Automotive News, Ford has wrapped Tier 1 marketing for its sedans and hatchbacks and is cutting back on regional spending in select markets. Ford Vice President of U.S. Marketing, Sales, and Service Mark LaNeve told Auto News that the money saved from doing so will be redirected to vehicles like the Mustang, EcoSport, and other as-yet-unrevealed next-generation utility vehicles.

“It allows us to focus our resources,” LaNeve said. “If we can take that money from sedans, where we have a middle-of-the-road position, to be the leading brand in SUVs, that’d be a really good position.”

Of note with the decision is the fact that Ford will continue to offer the Fiesta through 2019 and is expected to keep the Fusion around for a few more years. LaNeve said that those vehicles will be kept competitive at dealerships by way of strong incentives, but that the company is more or less finished pouring any additional money into its sedans by way of advertising.

Ford confirmed in April of this year its plans to eliminate all but two cars from its lineup. While the Mustang very much remains a part of Ford’s plans moving forward, particularly with a hybrid variant on the horizon in 2020, the second car — the wagon/crossover-like Focus Active — is no longer planned for America as a result of tariffs imposed by the current administration.

Ford plans to offer a total of 23 different nameplates by 2023, which means it will be adding nine new vehicles to its lineup over the next five years. Among them, the Fusion is rumored to be sticking around as a sport wagon.

All About Crossovers: Tech-savvy crossovers are the new best thing since sliced bread