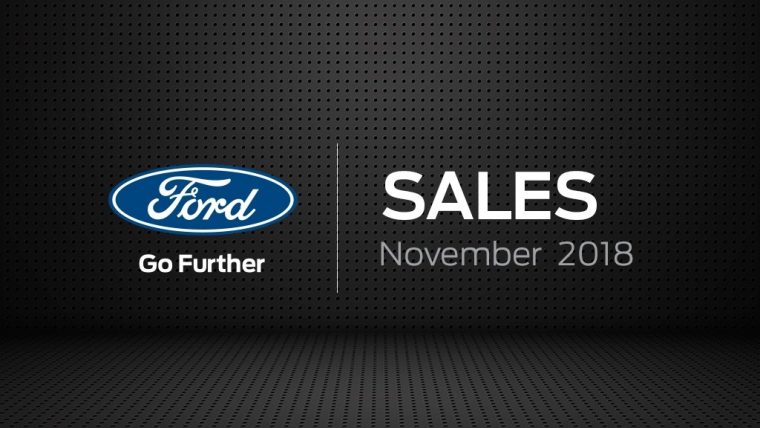 Ford Motor Company demonstrated in clear detail why it is the leading manufacturer of commercial vehicles in Europe with a massive November. Ford commercial vehicles hit a 25-year high last month in the traditional European 20 markets, resulting in the automaker’s best CV market share for November since 1994. Ford also saw total sales of SUVs eclipse the 250,000 units, setting a new annual record with a month left to go in 2018; thus far, one in every five vehicles Ford has sold in Europe this year is an SUV.

“Ford is capitalizing on the growth in the SUV segment, exceeding a quarter-million SUVs sold for the first time ever this year, driven by the success of EcoSport and Kuga,” said Roelant de Waard, vice president, Marketing, Sales, and Service, Ford of Europe. “Commercial vehicles remain a cornerstone of our business, as we grow our leadership with sales at a 25-year high.”

On the whole, Ford saw its sales dip 5.4 percent in the Euro 20 in November at 102,500 vehicles delivered, but its market share went up 0.1 percentage points to 7.6 percent. The 4.9 percent year-over-year uptick in commercial vehicle sales was not enough to offset a 9.3 percent drop in passenger vehicle sales. A big contributor was the Ford Transit, which notched a new November record at 25,200 vehicles delivered.

The Future Looks Bright: What to expect from Ford in 2020