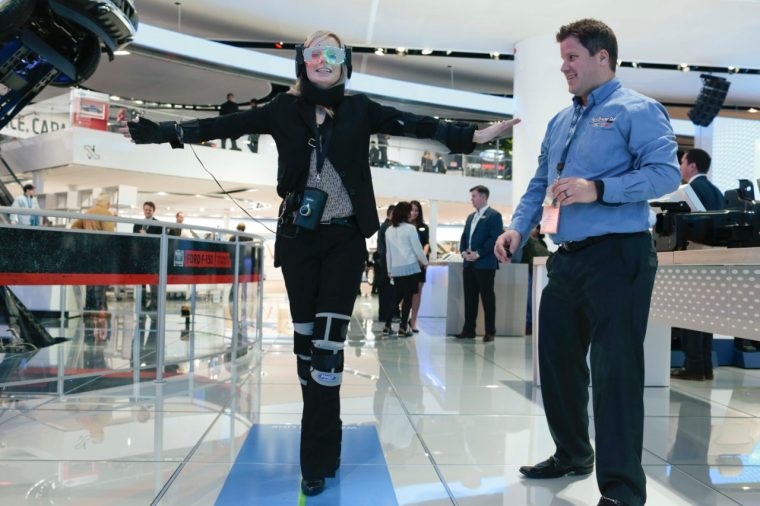 Ford is taking its Driving Skills for Life tour out for its 13th year, and it is adding a new wrinkle to its offerings: a Drugged Driving Suit that seeks to give teen drivers a first-hand lesson in why they should not drive a vehicle under the influence of drugs.

Ford introduced a similar Drunk Driving Suit during the 2013 tour of Europe and subsequent 2014 tour of America, which serves a similar function: afflicting drivers with effects comparable to that experienced when under the influence of a substance, including impaired movement, blurred vision, and stunted coordination. These suits will be used to teach teenagers the dangers of getting behind the wheel impaired, and other components of the program will further reinforce the importance of wearing seat belts and not driving while drowsy.

“Our 2016 program features some of the newest and most innovative tools available to teach new drivers to be safe and make sound decisions behind the wheel,” said Jim Graham, manager, Ford Driving Skills for Life. “Our new Drugged Driving Suit is intended to complement our Drunk Driving Suit, giving students a critical eye into the consequences of impaired driving.”

“Despite progress in recent years, teens continue to be overrepresented in motor vehicle crashes and fatalities across the country,” said Jonathan Adkins, executive director, Governors Highway Safety Association. “For this reason, the association and the State Highway Safety Offices are looking forward to bringing this powerful program to even more teens and their parents—coast to coast and around the globe.”