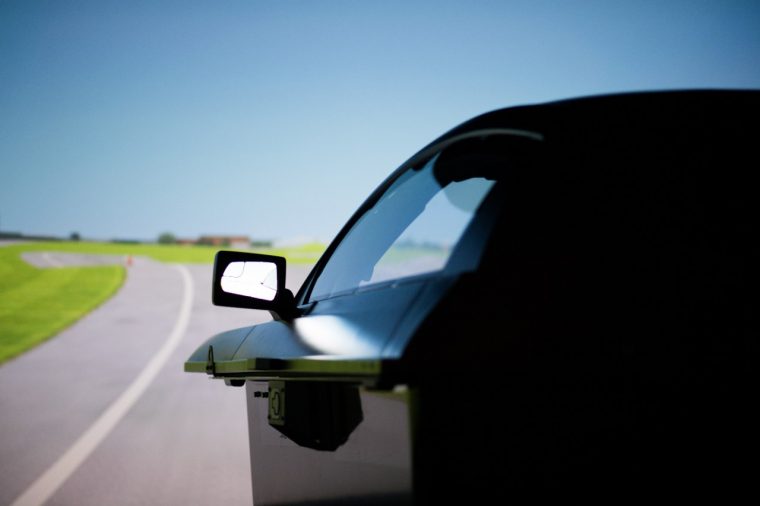 “Operational efficiency” has become a buzzworthy phrase under the eye of new Ford Motor Company CEO Jim Hackett. The idea of cutting down on the time — and money — that goes into vehicle development is being pushed as a means to give Ford the freshest showroom on the market within the next few years. It’s also proving integral to development of new Ford Performance vehicles: Ford is applying cutting-edge research and technologies used for its racing vehicles to products that are purchased by consumers, including a new Ford Production Simulator that will speed up testing and cut costs.

The simulator, found at the 33,000-square-foot facility in Concord, North Carolina, joins a racing simulator that offers drivers a fully immersive 3D environment. These tools allow developers to test vehicles rigorously before ever taking a prototype out to the track. A recent example that underwent testing through the vehicle dynamic simulator is the Ford GT supercar, which was put through hundreds of hours of virtual tests before any live testing was done. Because of this development, Ford isn’t even building a prototype of its 2019 NHRA Funny Car — it’s just jumping right to building the track-ready body.

“I’ve used the simulator a lot and have gotten used to the normal vision, so I was quite apprehensive when they told me we are going 3D,” said Richard Westbrook, driver of the No. 67 IMSA Ford GT. “It really is a step up in terms of reality. With all the hard work at the Ford Performance tech center, we now have something we can really rely on to give us a good car when we roll it off the truck in real life.”

Other tools being employed to speed up the development of Ford Performance production vehicles are computational fluid dynamics for aerodynamic testing and virtual manufacturing, both of which — combined with vehicle dynamic simulation — allow Ford to manufacture vehicles at a global scale more quickly and with better cost efficiency.