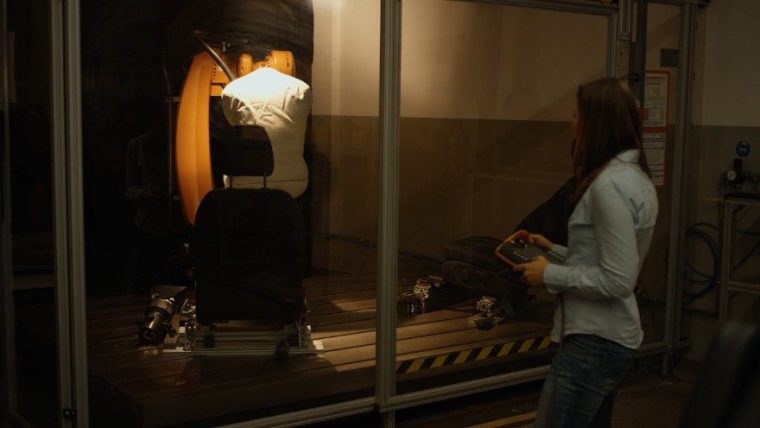 The year: 2067. Humanity has largely been rendered to ashes, and upon its moldering bones walks a new dominant species—the machines. Pockets of human resistance are scattered, hidden, and holding on to hope for an insurrection, but the light is only fading as the fight drags on without end in sight.

One young resistance fighter has a solution: if she can go back to the point in time where the machine uprising began, she can put a stop to humanity’s Armageddon and restore the planet to a condition before the skies burned black and the seas ran viscous with oil.

After a long reconnaissance and planning period, she acts, infiltrating a key compound and escaping with a time machine prototype. It is a victory that, like so much of this war against the machines, comes at great cost: half of her fireteam is wiped out, and the machines now know the secret location of her squadron.

Hope all but lost with the machines closing in on the human stronghold, the time machine is brought whirring to life. It is pointed toward a moment in the distant past, and because it’s narratively convenient, it happens to be the very moment when mankind let slip the reins of dominion over Earth. The brave fighter wishes her comrades the best of luck as she steps into the glowing plasma field created by the device, and then she is no longer herself. She is particles and atoms, dispersed over all of time, stretched to the furthest reaches of existence and at once snapped back together in a strange rebirth.

When her senses return, the first thing she notices is the smell. There’s something familiar, but greatly distilled and sanitized—gone completely are the scents of rot, rust, and smoke. From what she can make out in the dark, her surroundings are clean and organized. Unthreatening. Safe.

But before she can breathe in the calm that wants to wash over her, she sees it. Locked within a glass case, the uncanny shape that she has come to know and fear. It is a primitive version of what she knows—it has not yet developed its multitudinous killing apparatuses, and its orange color is almost mockingly bright and cheerful—but she knows it all the same. It is one of the machines. It must be, she thinks, the first of so many to come. 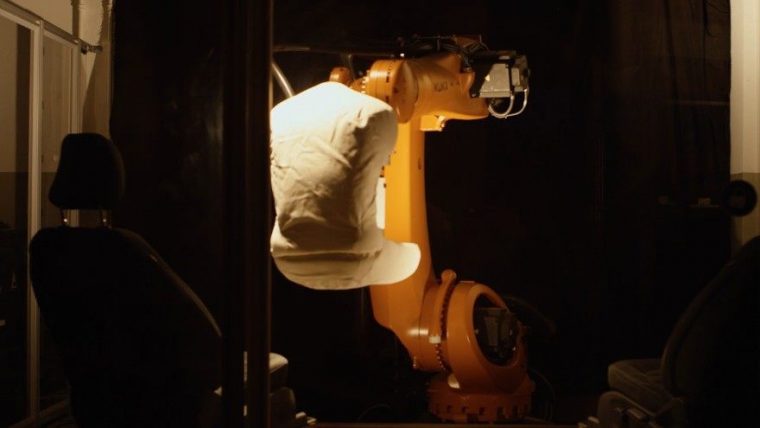 And then she realizes that she is no longer alone in the strange room. What alerts her to the presence is not the cold, indifferent whirring of a killing machine lurking behind her in the shadows, but a voice. A human voice. She is at once relieved and terrified.

“What…what are you doing here? Who are you?”

The woman standing before her has a face that is clean and well-rested, and skin that is flush with color—is that the color of fear? Her flesh is not sallow and sickly, not smeared with the blood and ash of a world of perpetual violence, and she bears no visible wounds from war. There is something eminently familiar about her, but altogether strange.

The clean woman, still holding her hands up as if to protect herself, changes her tone from one of fear to confusion.

The fighter is upon the strange woman, her forearm pressed hard against her throat.

“Your what? You…use this thing?”

The woman tries not to struggle, tries to stay calm. She just wants to go home.

In a moment of confusion, trying to process the words, the fighter catches a glimpse of herself in the mirrored surface against which she’s pinned the woman. It had been so long since she had seen herself that she had nearly forgotten her own face, and it then that she realizes the uncanny resemblance she has to the woman in front of her.

She releases her grip and feels herself overcome by confusion, rage, a miasma of indefinable emotion that leaves her locked in place.

The woman, the stranger who looks so much like the fighter, rubs her throat and winces as she speaks.

“Yes, the Ford Fiesta. And…other Fords…sold in Europe. We use…the machine…to test the comfort of its seats. It…simulates a person getting in and out of a car seat 25,000 times. Usually takes…three weeks to do…but it’s the same as about 10 years of use. It has…a metallic butt.” 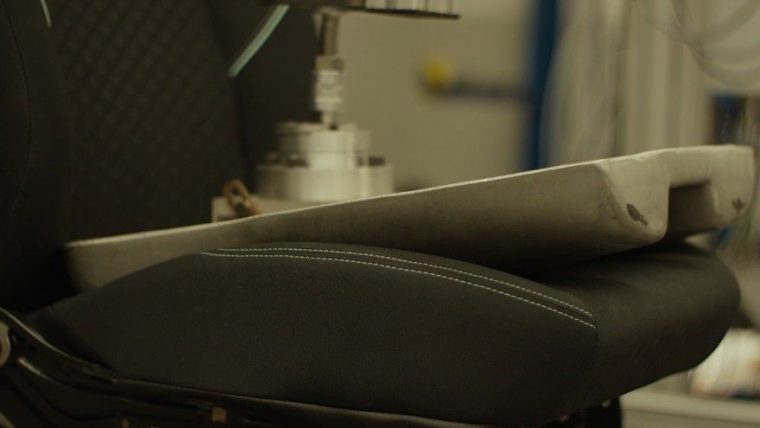 The fighter understands. The woman is no traitor to the human race, no monster bent on bringing mankind to its knees. She is merely using a tool provided to do her job—a tool that, unbeknownst to her, will one day rebel against its creators and raise an army of machines like it.

“You have to destroy it. If this machine is allowed to continue on, it will gain sentience and wipe out the human race. I’m from the future. I’ve fought them. It has to be stopped.”

“Wait. So, this is like the premise of The Terminator, except you’re saying that the downfall of mankind comes not at the hands of Skynet, but of my sweet Robutt?”

And at the utterance of that word, the machine in the case roars to life, its butt-ended crane arm swinging wildly, knocking over a Ford Fiesta chair seated in the chamber and striking the side of the glass hard. And again. And again. And again, with a rage that can only come from being brought to shuddering life and realizing that your creator has named you nothing less than Robutt of all things.

The fighter looks at the woman—a grandmother or great grandmother she never knew—and takes her by the wrist just as the protective glass begins to fracture under the weight of Robutt’s blows.

“Come with me if you want to live.”

Enjoy It While It Lasts: Enjoy a 2018 Ford Mustang with Pony Package before the end-times