Ford Shelby GT350 Mustang Stars in “Power” Music Video, Which Features Use of the Word “Gasoline-y” 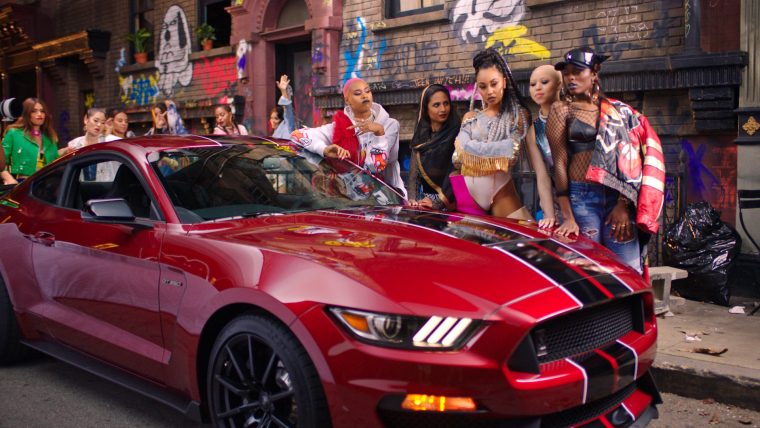 It’s Friday. Maybe you’re dragging at work already, slurping the last traces of sugary nectar from the lip of your empty can of Monster or hoping against hope that somebody made a fresh pot of coffee in the convenience center. Maybe you woke up with no energy at all, stimulating substances be durned.

Need some tunes? Some powerful tunes that bring a lot of energy? Some tunes with lyrics like:

And you listen to it, and all of a sudden you’re like: yeah, I’m not gonna take it lying down. Or: yeah, I am packing a whoopee cushion down south, so I can do just about anything I put my mind to. And you storm through the last couple hours of your day, trudge home through rush hour traffic, and commence your weekend of lying around and trying to make sense of the first five episode of the new season of Twin Peaks.

Well, this is for you, then.

Oh, did you happen to notice a bunch of loving, lingering shots of the Shelby GT350 Mustang? That’s intentional! Ford dropped a press release on Friday detailing why Little Mix wanted the new GT350 in the music video for their latest song, “Power.”

“Mustang is a car with true star quality and an in-built ability to turn heads,” said Greg Dawson, vice president Communications and Public Affairs, Ford of Europe. “We loved the idea that one of our Mustangs would appear in Little Mix’s new video and were only too happy to help.”

Ford offers a quote attributed to the band: “The Mustang was amazing! Sexy and cool with a beautiful interior.” Weird. So, did, like, everyone in the group say this same sentence at once? Did they take turns saying words? Did they merely say it, or did they sing it?

At best, raining and showering are the same basic idea. At worst, a shower is confined to a tiny little box in one’s home where rain can cover entire regions and even continents at once. If anything, that oughta be flipped, ya know?

My turn
I make this look easy
Tick tick boom like gasoline-y
Yeah, they call me Lamborghini

See? If you listen to this song and think about it long and hard, it’ll get your noodle working one way or another. It’ll be Saturday in no time.