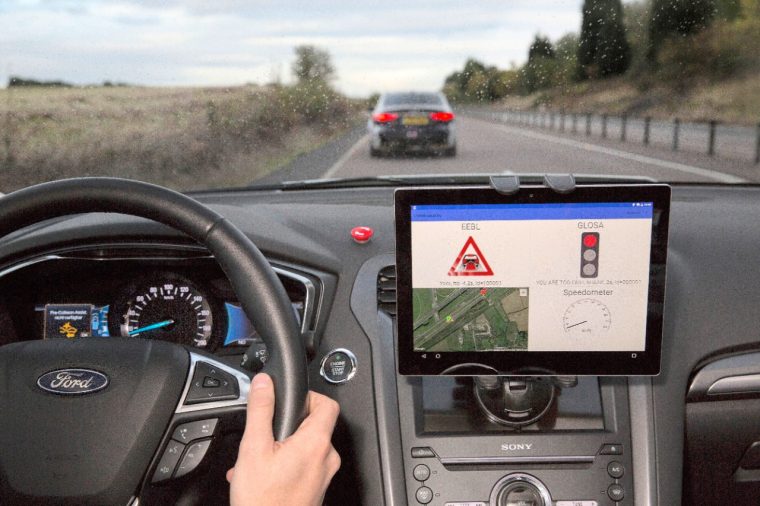 There are few things more soul-grinding than a cross-town trek to work when one is running a bit behind that sees you waiting at right light after red light after red light. On the flipside, hitting nothing but green lights on your drive is an empowering experience that drivers love. Weighing the good and the bad, Ford of Europe is investigating ways to make sure that drivers never have to sit at an unnecessary traffic light.

Ford announced that it is trialing a Green Light Optimal Speed Advisory, which will utilize vehicle-to-vehicle and vehicle-to-infrastructure communications to determine a recommended traveling speed that, ideally, will ensure that drivers are hitting fewer red lights if any at all. Similar technologies are used by cyclists in Amsterdam and Copenhagen for the same purpose, and it is effective enough that it Ford is testing it out on public and closed roads in Milton Keynes and Coventry over the course of the next two years.

“There’s not much worse after a long day than to hit one red light after another on the drive home, and be forced to stop and start again at every junction,” said Christian Ress, supervisor, Driver Assist Technologies, Ford Research and Advanced Engineering. “Enabling drivers to ‘ride the green wave’ also means a smoother, continuous journey that helps to improve the flow of traffic and provide significant reductions in carbon dioxide emissions and fuel consumption.”

Ford is also testing Emergency Electronic Brake Lights, which will warn drivers of sudden braking at a distance of up to 500 meters (over 1,600 feet) ahead of their vehicle. Both technologies are being tested on the Ford Mondeo Hybrid.

Watch: Is it the End of the Line for Red Lights?