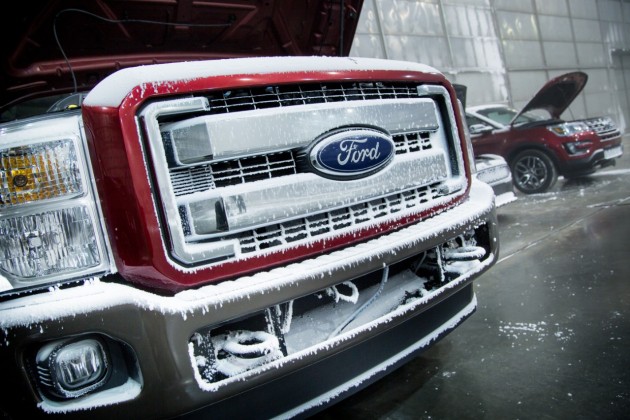 Despite Florida being America’s home for seemingly endless warmth, there’s one place where it can go from summer to winter in no time whatsoever—the McKinley Climatic Laboratory at Elgin Air Force Base, the world’s largest test facility of its kind. It’s here that Ford brings its newest vehicle prototypes in order to test their abilities in standing up against the most frigid temperatures.

Because F-Series trucks are commonly used in the oil fields of Prudhoe Bay in Alaska, it’s imperative that Ford ensure its products’ ability to survive unfathomably cold temperatures. The McKinley Climatic Laboratory is able to simulate temperatures as low as minus 40 degrees Fahrenheit regardless of the temperature outdoors, which is why it also serves as the US Air Force’s testing facility for all of its aircraft.

Ford engineers use the facility to test as many as 75 global prototype vehicles, and with more than 50 engineers and experts on-hand, the automaker is able to do nearly two months’ worth of work in about three weeks. This allows Ford to determine whether its vehicles are up to the challenge of withstanding some of the world’s most merciless climates and fulfilling the demands of its customers worldwide. 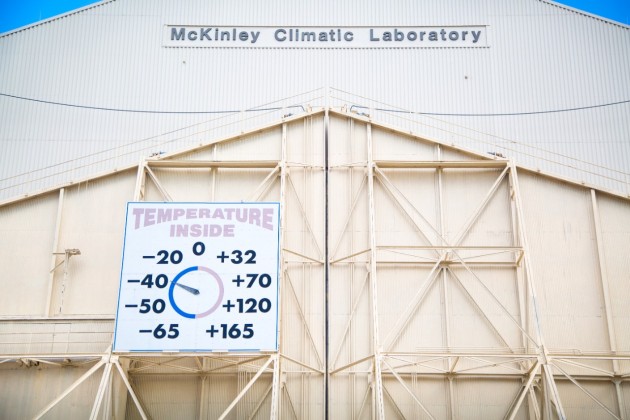