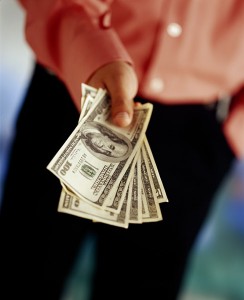 Ford third quarter earnings show that profits are on a roll, and they can’t be stopped.

Whether you’re Michael Jordan with the relentless ability to make free throws or just hold the record for catching the most popcorn with your mouth, sometimes when you’re on a roll, you can’t be stopped. Right now, Ford is unstoppable in earnings with a third quarter that was the 17th consecutive profitable quarter in a row—even though it was down 22% to $1.27 billion due to the company’s redesigning of European operations.

Even with an income drop, the American automaker still set record sales for the third quarter with a pretax profit of $2.6 billion, up $426 million since last year. Currently the second place automaker in America behind General Motors, this profit allowed Ford to raise its profit forecast for the year.

With an increase in wholesale value, revenue, and market share in North American, South America, Europe and Asia-Pacific, it’s no surprise that Ford boasted a combined profit in regions outside North America for the first time since 2011.

Previously, the company’s profit goal was equal to the profit seen in 2012—now though, they’re expecting it to be higher. Now more financially stable than ever, it looks like Ford is on the upswing. Hopefully, this profitable ball keeps on rolling right along.