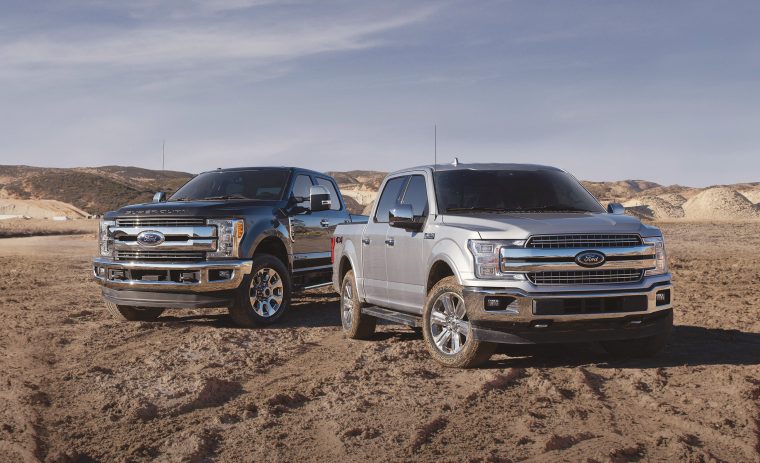 If you made a prediction at the start of 2018, chances are pretty good that you would have picked something relatively safe. You likely wouldn’t guess that Clemson would absolutely drub Alabama in the National Title Game and then go on to celebrate by eating garbage food at the White House compliments of a guy who claims to have the best brain and the best words but can’t even spell the word hamburger correctly. You might, on the other hand, go for the safer bet that the Ford F-Series would end 2018 as the best-selling truck in America for a 42nd consecutive year. You would have been right on both counts. And if you guessed that first one somehow, go on and treat yourself to a nice hamberder, Nostradamus.

Not only did Ford round out the year with 909,330 F-Series trucks sold in the United States, good for the title of America’s favorite truck once again and a 37th consecutive year as America’s best-selling vehicle, but it also topped 1,000,000 sales worldwide. Ford quantified that by saying that it sold a Ford truck every 29.3 seconds in 2018, and then quantified it more weirdly by saying that “it would take more than eight hours in a commercial jet flying more than 500 miles per hour to travel the full length, parked bumper-to-bumper, of all the Ford F-Series trucks sold globally in 2018” and noting that it would have sold around 1,000 trucks during the course of said flight. What?

Hot Tech for 2019: The must-have accessories you need for your next road trip

“From Ranger to Transit, we’re proud and honored to help our global truck and commercial vehicle customers get the job done around the planet,” said Jim Farley, Ford executive vice president and president, Global Markets. “But it’s our F-Series juggernaut that leads the world in sales, capability, and smart technology, setting the bar others follow.”

In terms of being a juggernaut, that couldn’t be truer. The Ford F-Series averaged $46,700 a pop for every truck sold in the United States in 2018, putting revenues for the F-Series last year somewhere in the neighborhood of $50 billion.

2018 was also a huge year for Ford in terms of van sales. Ford notched its 40th year as the best-selling commercial van brand in America, surpassing 7.1 million vans sold since 1979. Think about how many delicious hamberders that many vans would hold! If 7.1 million vans carrying 50,000 hamberders a piece all left Chicago headed for New York at a consistent speed of 50 miles per hour, how quickly would your brain be broken into a million tiny, useless pieces? 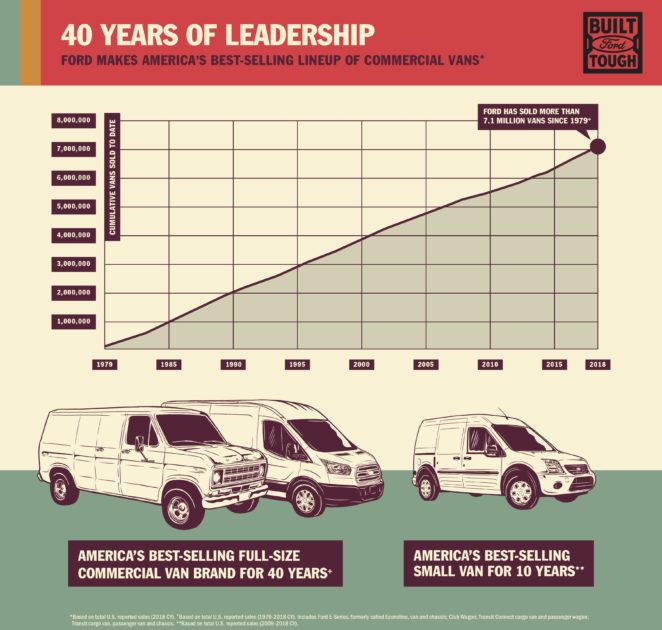