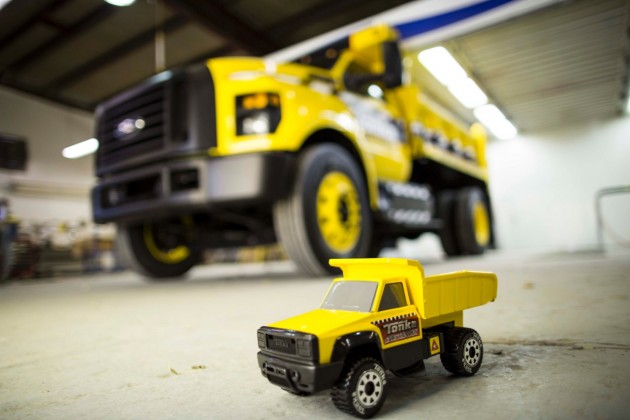 A lot of folks are paying attention to the goings on in Geneva, but arguably one of the best reveals of the week happened on the other side of the world. It wasn’t an extremely fast hypercar or a high-concept design study; it was one of your favorite childhood toys come to life.

The Ford F-750 TONKA truck was uncovered at the NTEA Work Truck Show in Indianapolis this week, and it is absolutely everything that the name suggests. Standing nearly 10 feet tall and looking positively splendorous in bright yellow paint, the F-750 TONKA is the beautiful creation of Ford and TONKA manufacturer Funrise Toy Corporation that our inner children (and outer adults) would all absolutely love to drive.

“From Generation Z to the Greatest Generation, Ford and TONKA continue to set the standards for tough trucks,” said John Ruppert, general manager, Ford Commercial Vehicle Sales and Marketing. “People of all ages have been counting on Ford F-Series and TONKA trucks to get the job done—from construction site to sandbox—for more than 60 years.”

We know that there is only one question that you’re asking yourself: can we buy it? The answer is no, because the Ford F-750 TONKA truck is a one-off.

Ford, if you want to make even more money than that to which you are already accustomed, consider making this TONKA truck a reality. Do it for the people, Ford. 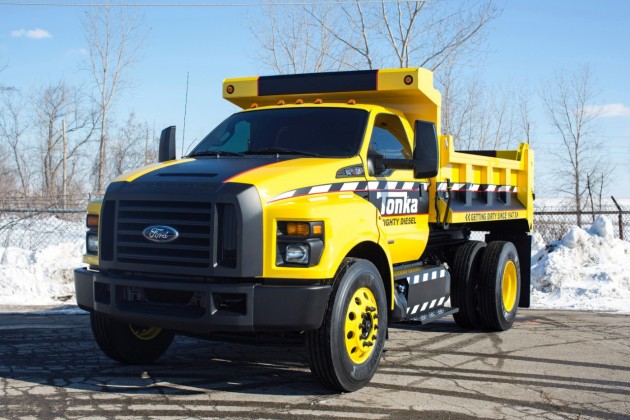