Garfield the Cat Appears in Korean Ads for the Hyundai IONIQ 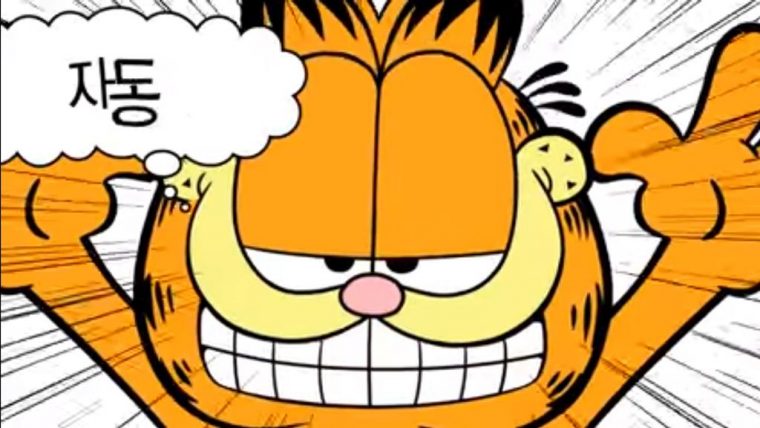 If there’s one cartoon character who embodies our laziness and pessimism about the world, it’s Garfield the cat. Despite his comfortable lifestyle, this orange tabby cat created by Jim Davis is known for his lovably droll observations and lethargic tendencies.

Yet, despite his reputation, the furry feline still makes the occasional appearance as a mascot endorsing random products. This time, he’s made an appearance in South Korea advertising the new Hyundai IONIQ electric vehicle.

Two 30-second commercials have been released featuring Garfield in animated form, speaking Korean and singing the praises of the IONIQ.

In one video, Garfield remembers that it’s “time to recharge.” When Odie brings Garfield his smartphone, Garfield corrects the dog and clarifies that it’s his car he must recharge. The other commercial features Garfield reminiscing about the good ol’ days of frequently stopping for gas on the road and eating walnut cakes.

The original commercials have a Korean audio track, but certain versions have been released with an English dub (which sounds nothing like Lorenzo Music’s iconic voice, if that’s what you’re expecting).

If you’re as baffled as we are about why Garfield is advertising the Hyundai IONIQ, it would help to head to Hyundai’s social media channels. 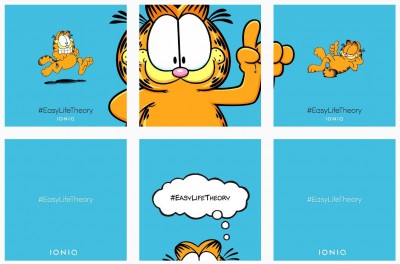 The orange cat makes an appearance on Hyundai Korea’s Instagram page to explain his #EasyLifeTheory. Essentially, he says that we’re all so busy that we look at leisureliness as laziness, but taking time to recharge is important to enjoying life. So, we need to find ways to make life easier so we can live simply, appreciate people, and make time for things we enjoy.

That’s how Garfield relates to the IONIQ–because of the simplicity of recharging your electric vehicle and not having to stop for gas.

Although, we’re still not sure why this Garfield prefers walnut cakes over lasagna. Maybe that’s a Korean thing…