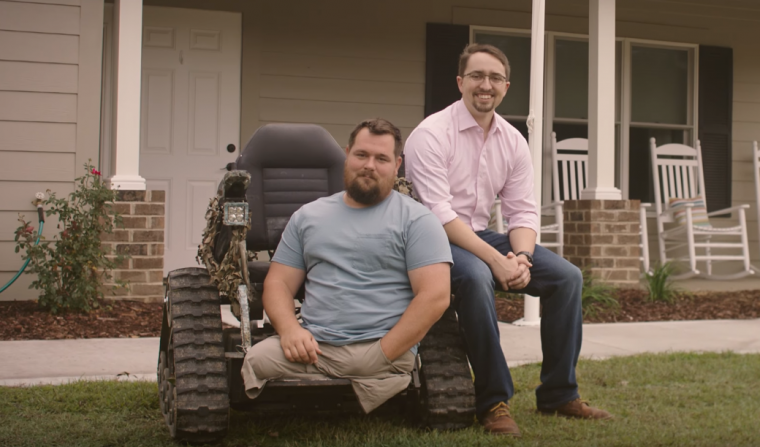 Like in years past, numerous automakers launched television spots centered on the brave men and women who serve this country for Veterans Day this past weekend. Indeed, GMC routinely creates unique advertisements to celebrate the bravery of veterans during this time of year.

However, this year’s advertisement from GMC  is a little different. The American automaker recently reunited U.S. Army Staff Sgt. Eric Myers with the army medic who saved his life, sharing their story through a series of videos.

Serving Those Who Served: GM named a top employer for Veterans

In 2012, Myers was on his third deployment to Afghanistan, stationed with the 82nd Airborne Division. During one of their missions, Myers stepped on a hidden IED.

That’s when U.S. Army Medic Steven Rooker sprang to action. Thanks to Rooker’s quick thinking, he was able to stop the bleeding and stabilize Myers until the latter could be airlifted to safety.

Since that incident roughly five years ago, the two veterans had yet to meet again. Learning of this, GMC worked to orchestrate a reunion between the two.

Said reunion can be viewed below:

One of BFAB’s primary partners is GMC. During 2017 alone, GMC has pledged more than $2 million  in funding to help with the construction of these homes.

Myers has also found ways to provide help to the veteran community, working through a nonprofit organization to help veterans reconnect with their favorite old outdoor activities or participate in new nature-based experiences. Meanwhile, Rooker is currently heading to medical school to ultimately become a doctor.

The day that Rooker helped to save Myers’ life had a lasting impact on both men. Their recent reunion will undoubtedly be another major moment in the lives of these two veterans.