GMC Hummer? Yep, That Could Happen 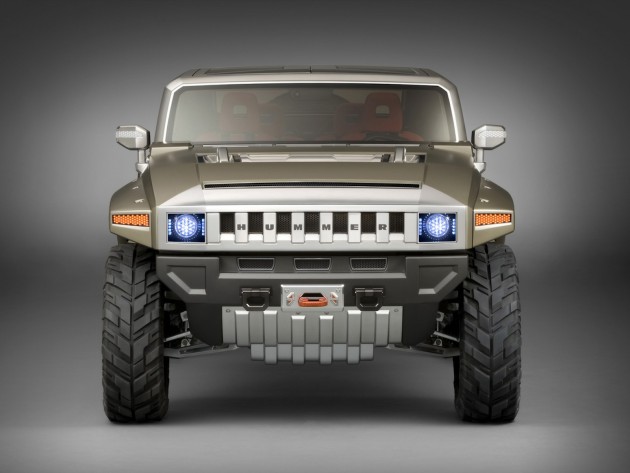 The HUMMER Hx could serve as inspiration for a future GMC model
Photo: © General Motors

When the national average price of gas began to fall to levels that hadn’t been seen in five years, the common refrain was that the public would begin demanding Hummers all over again. The Hummer brand, once one of General Motors’ most popular brands, was crushed beneath the recession and put out to pasture by consumer demand for more fuel efficient crossovers. GMC, it would seem, is ready to take up Hummer’s torch.

According to Wall Street Journal, GM is in the process of asking its GMC dealers what their feelings would be if it were to introduce a Hummer-esque GMC SUV that would ultimately compete with the Jeep Wrangler. The belief is that a Wrangler-fighter would make GMC a more viable brand and would be of appeal to those left wanting for an SUV approaching tank-like proportions.

As Carscoops points out, a sort of GMC Hummer off-road monster would likely be evocative of the Hummer Hx concept that popped up at the 2008 Detroit Auto Show.

Sales of the Wrangler have been steady, and it’s benefitted from having its two closest competitors—the Hummer H3 and the Toyota FJ Cruiser—die out over the last five years. Buick-GMC Executive VP Duncan Aldred has expressed his desire to grow the brands he oversees by filling in “white space,” and a GMC Hummer revival may well be a great idea—so long as fuel prices remain low.